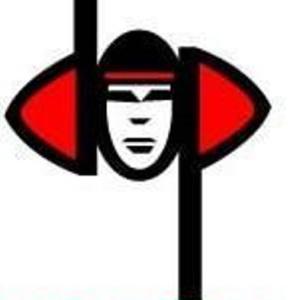 DelaNoyz has not received any gifts yet

DelaNoyz Productions is the culmination of one man's passion to impact the world through music. Starting at an early age, Adam Delanoy aka "DelaNoyz" has been expressing his soul through hip-hop music as an M.C. and producer for more than half of his life. As expressed on the track "Aegean Key," he feels that he was "God-sent to make a difference..." and that he was blessed with his talent for a reason. For him, writing lyrics and producing is not merely a hobby or a way to make a living, but rather his heeding of an innate calling. As a child with a diverse cultural background and parents in the Army, Adam traveled frequently and was exposed to many styles of music. Perhaps because of its incorporation of so many genres and influences, hip-hop became his passion, and by the age of 13 he was rockin' the mic at parties and talent shows. After a few years of maturing and developing his style, Adam started going by the name "IL-Literate" and in 1996 became part of a conscious hip-hop group in Texas called the Cypher Kings. Earlier that year Adam began producing, and as a member of the Cypher Kings, he performed a dual role as a lyricist and the main producer for the group. Over the next few years he produced the group's first CD release, "Poor Man's Pyramids," in addition to numerous solo songs and collaborations with other affiliated artists. In 1998, Adam graduated from high school and moved to Miami to attend the University of Miami. Despite the distance from the group, he maintained his role as the primary producer and began branching out even further into other opportunities. As a student at U.M., he became a producer for the school’s radio station, WVUM 90.5, producing an underground hip-hop radio show called "The Hip-Hop Shop." In his sophomore year, he became one of the original members of the University of Miami Hip-Hop Club, and went on to become the President of this ground-breaking student organization before graduating in 2002. Before moving on he helped to spear-head the release of the first ever hip-hop student organization compilation album, "The Compound: When the Elements Combine," to which he contributed both musically and vocally. Since graduating college, Adam has moved to Atlanta to pursue his musical dreams even further. Combining the education he received in Marketing and Music Business with the years of experience producing and performing, he started DelaNoyz Productions. He began lending his beat-making talent to various projects and in March of 2005, he began working with NextLevelSportsMarketing.com to produce tracks for the websites of professional athletes, such as NFL players Quincy Morgan, Marcus Stroud, and Darnell Dockett. Currently, Adam is continuing to perfect his craft as a producer and artist, and is looking forward to many more opportunities to let his "Noyz" be heard.

Complemented by catchy and compelling visuals, the hip music video for “Gotta See It Through” marks Gino White’s stunning new dropPulaski, TN — June 17th, 2022- Back with a stunning new music video, Gino White is taking over the Hip Hop world with smooth and powerful vocals, set against rich and vivid visuals. A dynamic new release, “Gotta See It Through” features contemporary artist Jayda B, and marks just the first drop from the EP, ‘Dark…See More
19 hours ago
0 Comments