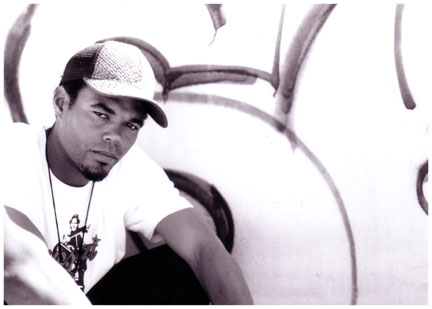 Poetry and music have been combined by San Francisco-based Azeem (born: Ismail Azeem). The former leader of early-'90s rap/funk band Telefunken, Azeem went on to write songs and perform with Spearhead for two years. His debut solo EP, Garage Opera, released in 1999, was followed by the impressive full-length album, Craft Classic, produced by seven of the Bay Area's leading hip-hop producers. Describing his affinity for poetic lyricism, www.fabric8.com claimed that Azeem "breaks (language) down like a street-wise dictionary." He initially attracted attention as a poet in the mid-'90s. Winning a Bay Area poetry slam in 1994 against 50 other poets, Azeem earned a slot on the Lollapalooza tour. In addition to featuring such top-notch acts as George Clinton, A Tribe Called Quest, and the Beastie Boys, the tour included singer/songwriter Michael Franti, who subsequently invited him to co-write songs for Franti's band, Spearhead. Azeem's success during the tour led to him being featured on a nationally broadcast PBS special, United States of Poetry.