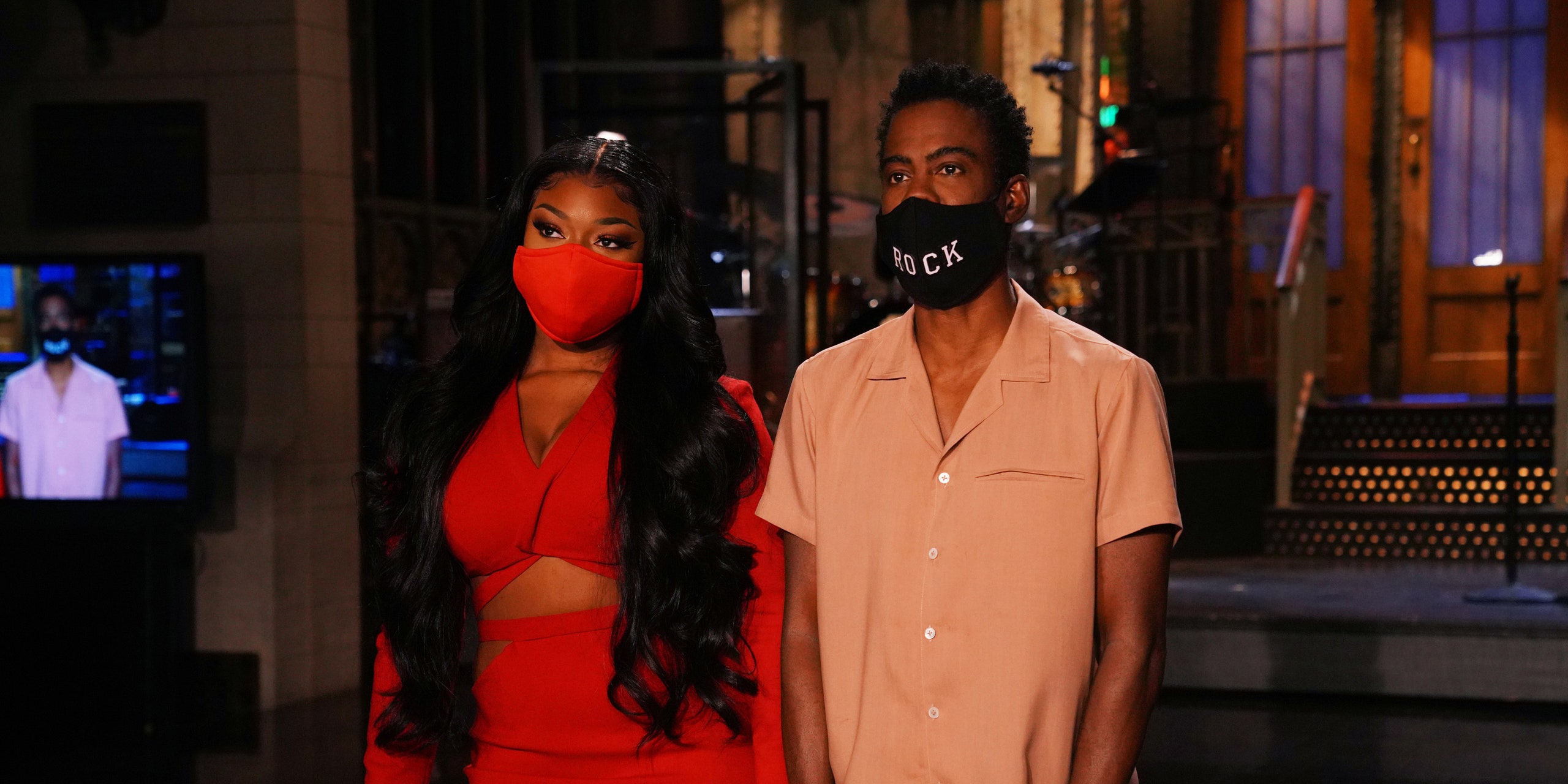 During Megan's first song of the night, her viral single "Savage," the backdrop of her set read "Protect Black Women." About halfway through the song, after Beyoncé's verse from the song's remix played over the stage's loudspeakers, the music cut out to the sound of rapid gunfire while Megan and her dancers stood silently in front of a screen riddled with images of gunshots.

That recording was immediately followed by one of activist Tamika Mallory, speaking last week following the announcement by Cameron, who is Black, that no significant charges would be brought against the officers involved in the March shooting death of Taylor, who was killed in her own home by police during a "no-knock" raid in the middle of the night: "Daniel Cameron is no different than the sell-out negroes who sold our people into slavery."

READ THE FULL STORY AT NPR