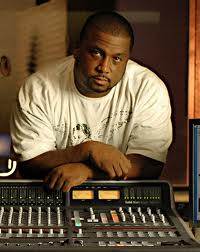 Terry Hunter has traveled the globe sharing his passion for soulful house music. He was born in Chicago and introduced to music at a very early age by his father, a DJ who played mostly soul and disco music at a west side tavern.

While neither father nor son could have imagined Terry’s remarkable career as a DJ and producer, he is now known the world over as the “Legendary” Terry Hunter and there is no doubt that he is doing exactly what he was born to do. As Terry recalls, ”I really didn’t know I could make a living at becoming a DJ at first. I just thought it would be an expensive hobby because at the time I was a vinyl junkie which was an expensive habit. My love became so strong for DJing that I spent entire summers in my bedroom & local record stores just hanging around & not playing with my friends. That’s when a few years later, I knew in my heart this is what I was born to do. He built a following and caught the attention of older DJs and promoters through neighborhood and high school parties, Terry got his first big break when he was asked to DJ at the Hummingbird Dance Club, while still just a teenager. From there, Terry was in great demand and began playing at many historic Chicago nightspots, including Sauer’s, The Powerhouse, The Candy Store, La Mirage, and as well as at some of the hottest parties at The Bismarck and McCormick Place Hotels.

In 1990, with the influence of music all around him and at a time when the Chicago house music scene was on the verge of an international explosion, Terry entered the world of music production with his first release, “Madness” which became a popular underground hit. Terry states:

“I created a big buzz on the record by playing it myself at various parties. It started out as a basement track, but became much more.”

Having made an impact on the local scene with his first track, Terry moved on to create a style of spinning that consisted of collaborating great songs with a unique soulful presence. As one of the masterminds behind a project that he and a partner called UBQ, he then teamed up with Music Plant, a music production and talent management company. Terry began DJing throughout the world enlightening his fans with his signature sound which has become a blueprint for many DJs to follow. During these travels, various musical influences abroad expanded his outlook, which allowed him to include some of it into his production. Terry has lent his production talents to classics such as “When I Fell In Luv”, “Sweet Music”, “Out on the Dance Floor” and the club crossover anthem from Georgie Porgie, Life Goes On.

Mary J. Blige and R.Kelly. And there have been countless collaborations, such as the “Mass Destruction,” project with close friend DJ/producer Kenny Dope. A forthcoming album, entitled “Mass Destruction” is due out in March 2011 on Ill Friction/Strictly Rhythm Records.

Terry and Kenny Dope also remixed the Kanye West track “Addiction”, which has become a staple in DJ crates, for Dope Wax. Terry has

In 2004, Terry launched his own label, T’s Box Records, to developand produce the next generations of house music superstars.

In 2006, Terry became the first new member of Chicago’s Chosen Few DJs in nearly 30 years. The Chosen Few DJs (Wayne Williams, Alan King, Jesse Saunders, Tony Hatchett, Andre Hatchett and Terry) are a group prolific of house music pioneers who host the annual ”Chosen Few Old School Reunion Picnic” every July on the south side of Chicago. It is one of the largest and most eagerly anticipated house music festival events in the world. Terry is also president of the international Violator All Star DJs.

Terry was named “Producer of the Year” by 5 Magazine in 2009. He continues to churn out hits in the studio with recent work such as the floor-burning remix of Marshall Jefferson’s re-released anthem “Move Your Body” and the club hit “Face Your Fears” featuring vocalist KJ Rose.

Ever the innovator, Terry conceived and co-produced the first “Chicago House DJ Day” on January 9, 2011. It was a history-making celebration that brought together and honored the 100 Most Influential DJs in Chicago House Music from 1975-1995. He’s also been keeping himself busy with a new DJ residency at Chicago’s Shrine Nightclub called Bang Sundays.

All of this while maintaining his hectic international DJ schedule.

Terry is a fan of quality music of all genres. And although he is pleased with the success he has garnered in the house music community, he’s still looking to fulfill his appetite with new musical endeavors. Terry’s latest adventure in his journey showcases his production talent in the hip hop arena, where he has also been instrumental in the development of several up and coming hip hop artists, including Rhymefest, Teefa & Twone Gabz. When asked about the future, Terry declares, “I see myself with plenty of hit records while trying to educate the younger generations to appreciate musicianship along with their own individual style”.
http://www.tsboxrecords.com/bio