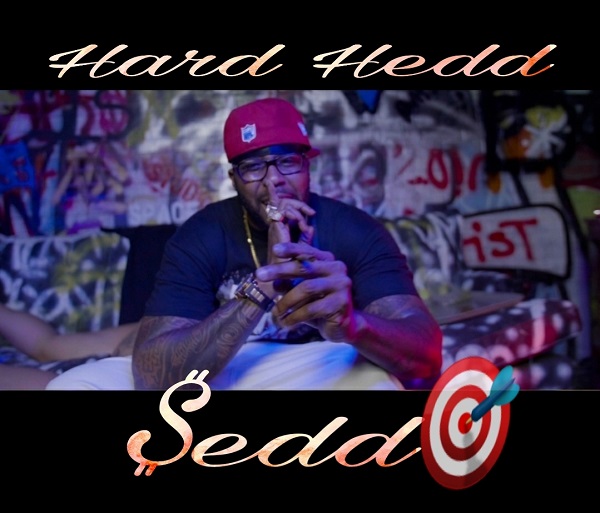 MEMPHIS, TN – Shelby County bred and Mississippi fed, Hard Hedd Sedd0 is a grinder who continued to pump out hit after hit. Operating out of Memphis, Tennessee, this veteran of the music industry has made a name for himself all up and down the East Coast. And now with the release of two new singles, he’s set to propel himself onto the global stage. “Keep It Moving” and “Take Over me” are two of the latest from this hit maker whose unique sound and style have gained him a large fan following throughout the U.S. A true talent and a rare find, this young artist brings a power to the industry that is very much needed in today’s day and age.

With “Keep It Moving,” Hard Hedd Sedd0 uses his natural gift as a musician to inspire others to push through difficult times and keep striving toward those dreams and goals that they’ve set before them.

“You gotta keep it moving,” he said. “You can’t stop even when stuff doesn’t go your way. With this song, I’m the trap. I’m just speaking subliminally. Once you shop me, you won’t want to go anywhere else. If you’re not shopping, keep it moving. Don’t leave a negative comment or anything, just move along. That might sound aggressive, but this song is really more fun than it is aggressive, which is what I’m all about. I’m more fun than destruction and gang warfare type of mentality. That’s what makes me stand out. I just wanna get the clubs poppin. I’m a strip club’s dream – put me on and the cash will flow. When my music is playing, nobody is thinking about grabbing anything but a piece of ass.”

“Take Over Me” is another single that’s lighting up the East Coast with its upbeat sound and unending flow of lyrics. Written as a stream of consciousness on his first day out of jail, “Take Over Me” is “God taking over me through the pen,” Hard Hedd Sedd0 said. It’s a song that he said will encourage people to put their lives in order and put things in perspective.

After doing a little time for selling drugs, Hard Hedd Sedd0 recently hooked back up with his mentor, Terrance Winters of Terwinmusic.com, and together they’re releasing a stream of new music. Hard Hedd said he hopes to do as much as he can in the coming months – from features to putting up “legendary numbers.”

“I’m here for a good time, not a long time,” he said. “I’m a big fan of wordplay which you will hear in every lyric. I have bars, and though I’m from Memphis, my sound is worldly. There’s no one dimension here. And at the end of the day, I’m about party and excitement. I just want you to lose it like you’re not worried anymore. When you come through the door and hear my song, it’s time to put the fun on. We vibin and I want to do the same thing to you – relax you and get you up there.”

To listen to Hard Hedd Sedd0’s music or to follow him on social media, please visit:

Flashy and confident with a fun delivery expressing happiness through wealth. Living in constant motion in the desperate attempt to escape from the past & moving forward to rejoice the present. Always maximizing a constant effort daily no matter the obstacles in front of you. Seeing every situation as an opportunity to succeed.Click Here to Stream/Download via…See More
15 hours ago
0 Comments