“Translating Selena” is an examination of many things, a by the book procedural in drag. Which book we refer to will stay purposely blurred: the Selena Song Book or the Selena Murder Book?”, says Playwright Richard Montoya. “With Campo Santo, we obliterate the walls of conformity and gender norms for fun and deadly seriousness. How else can we grapple with a superstar who pushed boundaries of musical styles and her own sexuality?” 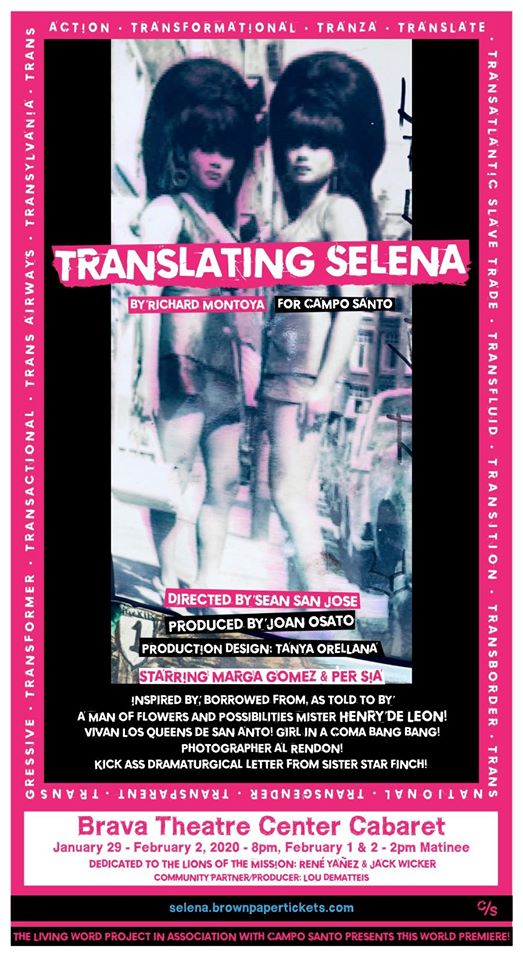