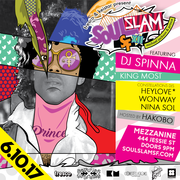 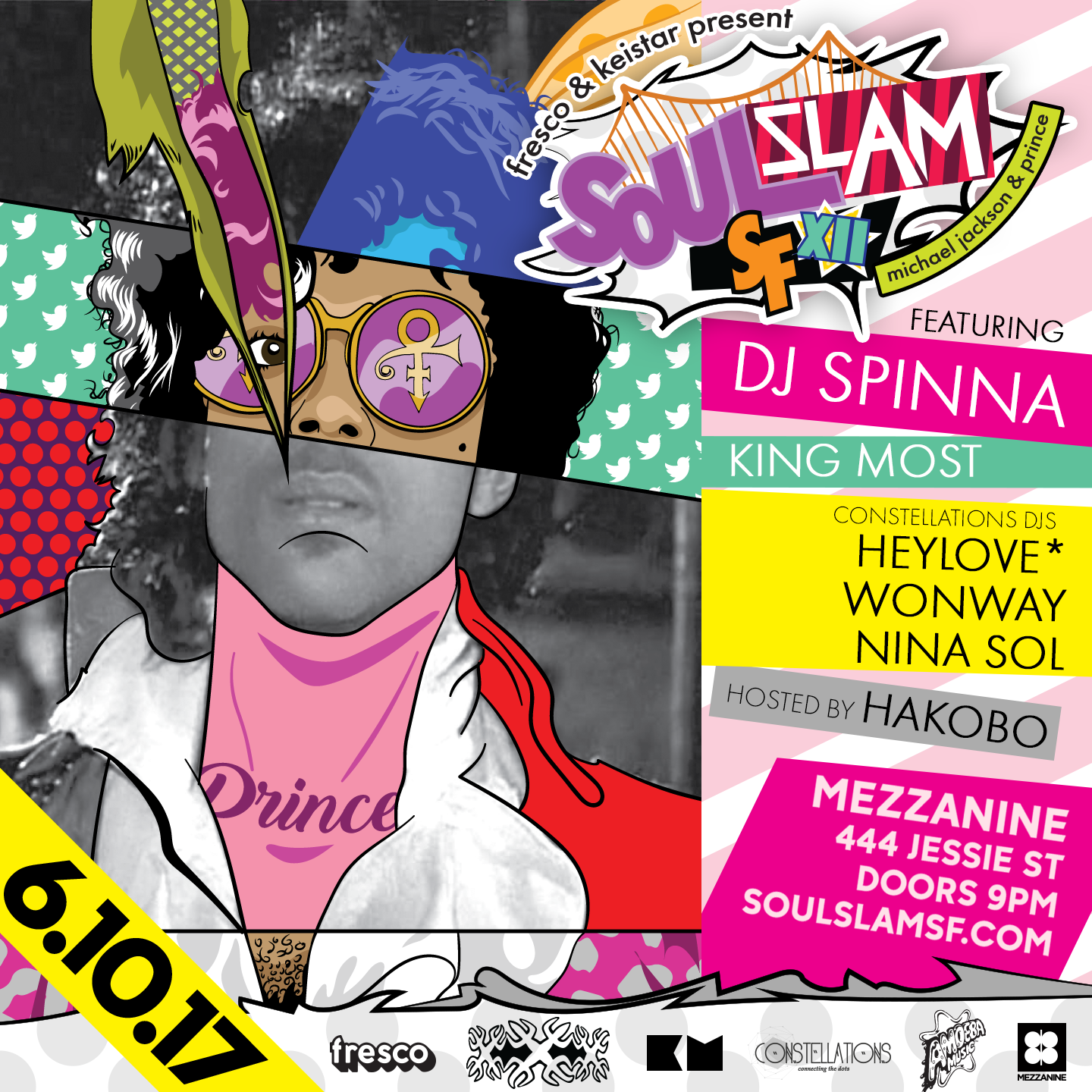 Along with
KING MOST

ABOUT SOUL SLAM
SOUL SLAM centers around a battle between two of the most eclectic and innovative artists to date, Michael Jackson and Prince! From the inception of this concept back in 1999 the response for SOUL SLAM has been enormous. This event turns into a DJ battle with one DJ, DJ Spinna and an audience of hardcore MJ and Prince fans. DJ Spinna sets the tone of this event as he lays down track after track from both MJ’s and Princes extensive music catalogues along with tracks of their cohorts, ie; Jermaine Jackson, Vanity, Janet, Sheila E., Jackson 5, The Time etc.

DJ Spinna
Arguably one of the world's best DJs, DJ Spinna is also one of the most respected producers transcending genres. As one of the top producers in the house scene he has remixed Stevie Wonder, Black Coffee, Shaun Escoffery, Karizma & Kenny Dope; as one of Hip-Hop’s revered producers he’s responsible for the underground classic "Tribute to Dilla" single with Phonte of Little Brother; and as a heavyweight in the world of Soul he compiled the "Wonder of Stevie" with Bobbito, which turned a new generation on to the music of Stevie Wonder. To boot, their "Wonder-full" party became so well known and loved it attracted Stevie himself (!!). Along with Keistar he also created "Soul Slam" - the Prince vs. Michael Jackson party to end all Prince vs. Michael Jackson parties! There are very few other DJs in the world that can claim the “Triple Crown” rep as a producer, DJ, and brand creator, which is why many consider Spinna to be #1.

Hakobo fresco has decided to hide the list of guests.

James Mtume, and the group named after him, broke out in the 80s with the hit song “Juicy Fruit”. The group combined jazz, funk and R&B into Top 10 hits like “You, Me and He” and “Breathless”. But with the pressure to crossover, they struggled to…
Thursday
1 Comment