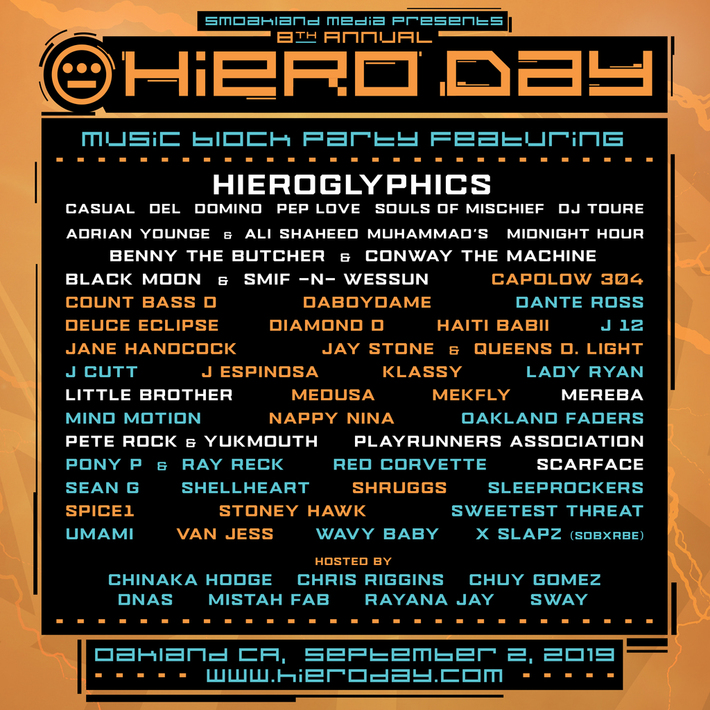 Hiero Day is back for its 8th annual celebration this Labor Day in Oakland, California. The Hip - Hop music block party that brings people from all over the Bay area together for one day of celebration is back and the best yet! Hiero Day Music Block Party is an all-day, all-age music event showcasing over 30 live performances on 3 stages by the best legendary, underground and undiscovered artists in genres such as hip-hop, R&B, and more.

HIEROGLYPHICS is a world renowned hip-hop collective based in Oakland, California. Founded in the early 1990s by Del the Funky Homosapien, the crew is composed of himself along with emcees and producers A-Plus, Opio, Phesto and Tajai (Souls of Mischief) Casual, Domino, Pep Love and DJ Touré. After several major label releases between 1991 and 1995, they started their own independent record company, Hieroglyphics Imperium in 1997 and have been an influential force in Hip Hop culture for 25+ years.