Ren the Vinyl Archaeologist at The Hunter Public House (Alameda) 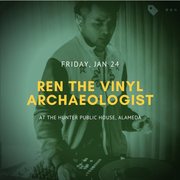 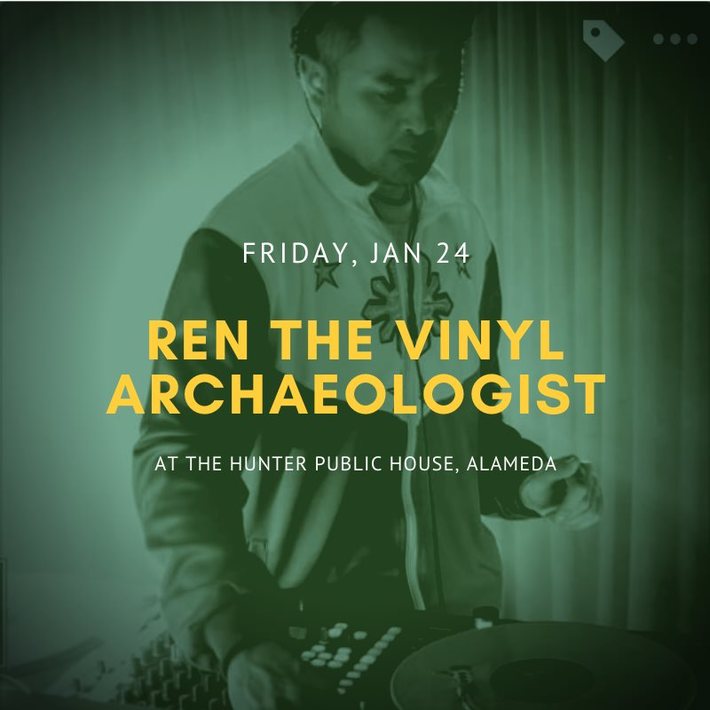 Ren the Vinyl Archaeologist at Hunter Public House in Alameda

ABOUT REN THE VINYL ARCHAEOLOGIST

As a Bay Area resident hailing from New York, Ren made his mark as the founder of True Skool. Originally a party which featured Hip Hop legends, emerging artists and world-class turntablists, the brand has evolved into an urban music entertainment guide and event marketing company. As a DJ, he is known for mastering a diverse range of music to rock any crowd. He credits his musical sensiblities to his experience in growing up in the East Coast and experience in the New York City club scene as a regular at parties like NASA, Giant Step and Limelight. Ren has also spun alongside the top DJs in the world and shared billing with world-renowned artists, such as Z-Trip, Jazzy Jeff, Q-Bert, Masters at Work (Kenny Dope & Louis Vega), A-Trak, Nightmares on Wax, Michael Franti, Talib Kweli, KRS-One, Chuck D, and the list goes on. He has graced most of the premier venues in the Bay Area with his seamless sets, such as Mighty, Mezzanine, Ruby Skye 1015, to name a few.

RSVP for Ren the Vinyl Archaeologist at The Hunter Public House (Alameda) to add comments!

The visual to this song is just as dope and crisp as the song is. Real trap money 5 10's n 20's, real trap money can't forget about the 100's. It's a turn up song that speaks to the hustlers and trappers out there. The beat will have you nodding your head in the car and have you singing the catchy hook. Make sure you follow Joe Boii everywhere and click on the Spotify Link to the Young Og!See More
4 hours ago
0 Comments

East Coast Lyricist, Billboard G's Sophomore Album "T.I.Me" is setting streams afireBillboard G born Amir Rashon Williams on February 5, 1989, in Newark, NJ has made a name for himself in the underground hip-hop scene. Before the release of his sophomore album "T.I.ME" (this is me), Billboard has been able to share stages with some of the world’s biggest artists such as A Boogie Wit Da Hoodie, PNB Rock, Ja Rule, Fetty Wap, and plenty more. He made it on primetime television with an appearance…See More
yesterday
0 Comments

Ren the Vinyl Archaeologist and DJ Platurn host a Hip Hop Trivia Game where participants guess who sampled the select songs and the name of the song it was sampled in.To participate, create a Twitch account at twitch.tv and follow twitch.tv/trueskool and submit your answers in the chat! Tune in on Sunday at 12pm PST. WATCH HERE…See More
yesterday
0 Comments