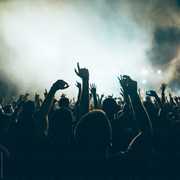 An army veteran turned R&B prodigy, Jermaine the Saint reveals a masterful command over Hip Hop and R&B, alluring listeners with each captivating rhythmDouglasville, GA — Embodying a pulsating, unique, and authentic side of R&B, singer-songwriter Jermaine the Saint hopes to go against the current. With his intricately sculpted, engrossing, and ‘real’ blends, the versatile artist portrays an experimental prowess which has not been witnessed in the genre in recent years.Already a name…See More
2 hours ago
0 Comments

Philadelphia, Pennsylvania — #B4TW is an expression of existing before a particular war within personally. B4THEWAR is an aggressive approach on young rage and inexpressible emotion somehow put into words. In this energy filled experience, Sae has fun in creating flows that synchronize extremely well with his unique beat selection. Dropping many quotable lyrics throughout tracks such as “Plots” and “Srt’s & Hellcats”, Sae solidifies himself as someone who’s simply having fun and enjoying…See More
yesterday
0 Comments