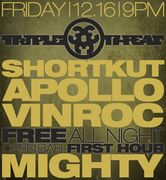 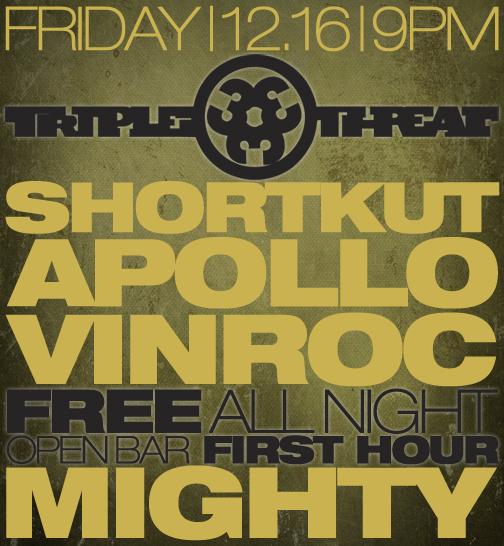 The Triple Threat DJs (Apollo, Shortkut & Vinroc) will be throwing down all night at MIGHTY. They've been a staple in the local, & international, DJ scene for 10+ years. The night will feature a 2 x 4 turntable setup.
Before becoming a trio, the Triple Threat DJs, comprising of legendary DJs Shortkut, Apollo and Vinroc, all but conquered their genre. They were introduced to the art form as youngsters through mobile DJing and evolved into world-renowned turntablists. Triple Threat represents the future of turntablism, precisely because they’ve been so instrumental to its storied past. Though they have championship-level skills at scratching and beat-juggling they also know how to rock a party, produce music and create original compositions with two turntables. They are not just djs, turntablists, producers, musicians or club djs, they encompass all aspects.