Kenji The Barber Releases New Music in a Birth Vlog!

Kenji The Barber takes a dive into the music industry! With his latest single- he dropped with over 4k views for his next hit single on Youtube, Kenji has an ear for good music! With him being a great barber, he also has good taste in music! Kenji, an artist from Hampton, Virginia, dropped his birth vlog of his newborn baby K3 http://www.youtube.com/watch?v=exJ38TTUWSQ and is now picking up some steam in the music world! Kenji says that everyone has been loving the new snippet that he put up at the end of the video. The song is titled “Being With Me” and is modeled after his girlfriend, April, and newborn son, K3! 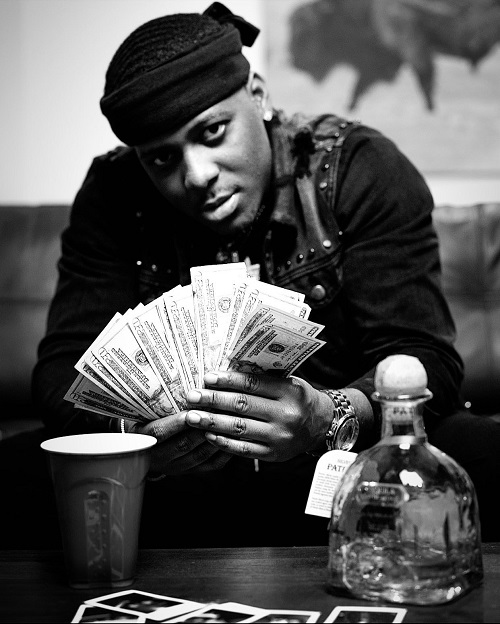 "Everyone is trying to rap now but not everyone has the ear for good music!" ~ KTB

Kenji has an extensive background in music. He grew up playing in the band from elementary to high school when he finally stopped the band to focus on studying to become a barber. In elementary school, Kenji played the bells, triangle, and the bongo! In middle school, Kenji joined the percussion side of the band in which he played concert snare, bass drum, bells, triangle, and cymbals! He finally finished in bethel high school marching band playing bells, cymbals, bass drum, and snare drum! So Kenji has a history of making music! Kenji says “ I love to make music, I just like to hear myself on a dope beat.” With that being said, he has started to take music a little more seriously as in connecting with different artists outside of Virginia!

He also said, “ I'm really not trying to blow up but if it happens it happens, I just like the process of making music and the outcome lol.” Kenji says, he was influenced by artists like Lil Baby, Kodak Black, Young Jeezy, Soulja Boy, Drake, and those are just a few he mentioned!

Kenji has what it takes to make it big in the music industry! Be sure to connect with KTB on social media and digital music platforms.

David S Gray releases his first new single FOUND LOVE in a time where universal love is essential.Born in "Money Earnin Mt Vernon" but raised in Mississippi, David is inspired by music legends Michael Jackson, Maroon 5, and Earth Wind and Fire. Gray feels like his music is a product of his inner peace and he plans to spread it around the world!"This record is very near…See More
7 hours ago
0 Comments

SAN FRANCISCO, CA (October 19, 2020) – Magic Theatre (Sonia Fernandez, Interim Artistic Director and Kevin Nelson, Interim Managing Director) is pleased to announce that Caryl Churchill’s ESCAPED ALONE, directed by Loretta Greco, will be released as an audio play. ESCAPED ALONE will be available to stream between October 19 and November 15, 2020. Tickets, priced at $10, may be purchased on Magic’s website MagicTheatre.org, or by phone at (415) 441-8822,…See More
15 hours ago
0 Comments