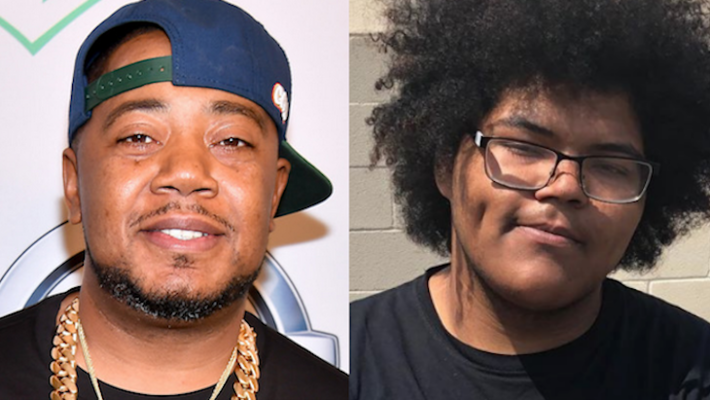 In May of 2019, Diggin’ In The Crates co-founder Diamond D released The Diam Piece 2 album. The 16-track LP features Raekwon, Snoop Dogg, Fat Joe, Elzhi, David Banner, and Xzibit, as well as many more that have worked with the Bronx producer/MC/DJ over a career that dates back 30 years.

When speaking to AFH TV earlier this year, Diamond D went into detail about the process of making the record. He said, “For a while, I just had Twista’s verse. So I’m like, ‘Yo, who can I put on here that can at least keep up with Twista?’ I was about to put [the song] on hold for The Diam Piece 3.” Once D’s engineer, Amond Jackson, suggested to add A-F-R-O to the track, he had a change of heart. He adds, “I wasn’t thinking about A-F-R-O, because I already had a solo joint from A-F-R-O that I’m gonna release [on my next album]. Then I said, ‘f*ck it,’ and I just shot it to him. Man, yo, A-F-R-O said as soon as he heard it, he jumped on it. He sent me the vocals maybe two days later. He jumped right on it.” The self-proclaimed “best producer on the mic” went on to say, “In the case with Twista, I just shot him the beat. I said, ‘I don’t really have no concept for the beat at this point. But wherever you take it, whoever I put on there will have to follow your lead.’ That’s all I told him. When I got it back, I was blown away.”

READ MORE AT AMBROSIA FOR HEADS

Davonte Elijah Akins (Born December 24, 1995), known professionally as Yung Genesis, is an American rapper, singer, and songwriter from Deland, Florida. He rose to attention in 2019 when he released his Album (All or Nothing). He is best known for his singles, Throw It Back, Bestie, Must Be In Love, Attention, Facetime, and more. He was five years old when his father…See More
10 hours ago
0 Comments

“This song had to be made to become proactive in shaping our collective future, because the rebellion that happened on January 6, 2021, in Washington D.C. was the curtain being pulled back on race, lies, and darkness in America,” Speech explains. “It’s obvious that about half of America is living in a fictitious bubble and are responding accordingly. That’s why I wanted…See More
14 hours ago
0 Comments

The UK’s own Rex Brezie delivers a refreshing fusion of lyrical poignancy, vocal calm and creative production to the contemporary hip hop scene with this latest single.Driving with a quickly engaging, smooth and subtle yet recognizable voice, and a compressed, warm beat that feels nostalgic by nature, Pain and Tears is a deeply human, honest and endearing piece of writing…See More
21 hours ago
0 Comments

Tre Prada is back at it again with another hit but this time he has teamed up with the Queen of Atlanta, Akbar V! The track begins with a strong hook speaking of the inability to survive with the basic necessities in life, followed up by verses depicting the struggles of most in our urban communities. The combination of the southern Queen and a strong lyrical King from up north is…See More
yesterday
0 Comments