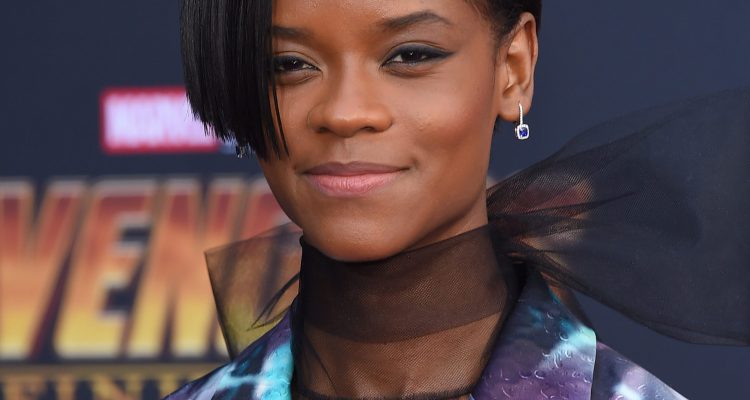 Letitia Wright gets slammed for questioning if the public should take the COVID-19 vaccination. “COVID-19 Vaccine, Should We Take It?” the video was titled.

The video is from the On The Table channel and the host, Tomi Arayomi, expressed that she’s skeptical about taking the forthcoming coronavirus vaccine.

n her now-deleted tweet, the Black Panther star shared the video with a prayer hand emoji.

Twitter users began attacking her and the actress responded, “if you don’t conform to popular opinions. but ask questions and think for yourself….you get cancelled.”

One user replied to the original tweet, saying, “The concerns re: any vaccine are understandable, but we must work as a team, take this vaccine & put this pandemic behind us for good. I sincerely hope u understand what I’m trying to say here & please reconsider your stance on this matter. You’re making people upset.”

Don Cheadle even chimed in after saying that he watched some of the video. “jesus… just scrolled through. hot garbage. every time i stopped and listened, he and everything he said sounded crazy and fkkkd up,” he wrote. “i would never defend anybody posting this. but i still won’t throw her away over it. the rest i’ll take off twitter. had no idea.”

READ THE ENTIRE STORY AT THE SOURCE

J Cutta - MutomboJ Cutta uses hype energy of NBA All Star to power his new single ‘Mutombo’ ATLANTA, GA – During the 1990s and early 2000s, there was one NBA player who dominated on defense. Hailing from the Democratic Republic of Congo, Dikembe…See More
6 hours ago
0 Comments

Davonte Elijah Akins (Born December 24, 1995), known professionally as Yung Genesis, is an American rapper, singer, and songwriter from Deland, Florida. He rose to attention in 2019 when he released his Album (All or Nothing). He is best known for his singles, Throw It Back, Bestie, Must Be In Love, Attention, Facetime, and more. He was five years old when his father…See More
20 hours ago
0 Comments

The UK’s own Rex Brezie delivers a refreshing fusion of lyrical poignancy, vocal calm and creative production to the contemporary hip hop scene with this latest single.Driving with a quickly engaging, smooth and subtle yet recognizable voice, and a compressed, warm beat that feels nostalgic by nature, Pain and Tears is a deeply human, honest and endearing piece of writing…See More
yesterday
0 Comments

Tre Prada is back at it again with another hit but this time he has teamed up with the Queen of Atlanta, Akbar V! The track begins with a strong hook speaking of the inability to survive with the basic necessities in life, followed up by verses depicting the struggles of most in our urban communities. The combination of the southern Queen and a strong lyrical King from up north is…See More
yesterday
0 Comments