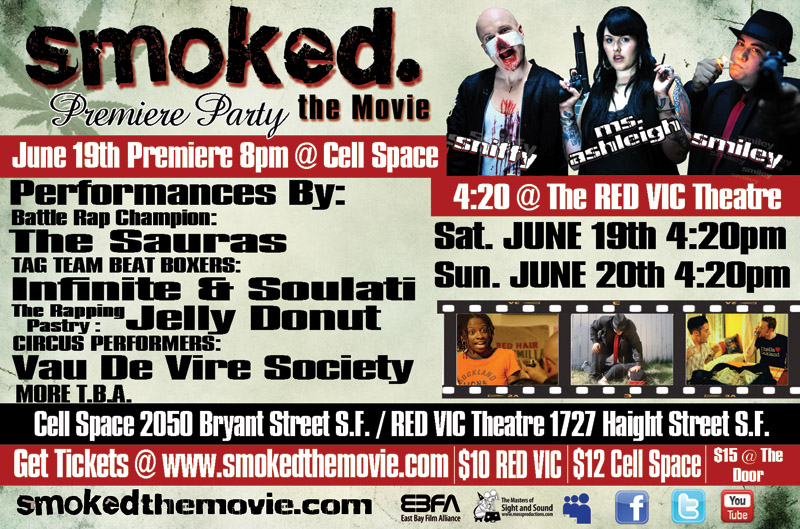 Come Join the Producers and Actors in this pre-release screening of the 2010 summer smash "SMOKED" the movie.

"SMOKED" is a controversial dark comedy about the misadventures of three gutter punk stoners whose housewarming party ends in flames. In their desperation, they create a half baked plan to rob an Oakland Cannabis Club.

The stoners rob the club without knowing that the club's owner is notorious crack kingpin Tyrone Shank. In retribution, Shank unleashes the savage contract killers known only as: The Four Horsemen.

The hunt sends a wave of violence across the city as backyard brawls give way to frenzied shootouts while they try to escape through the criminal underworld. Ninjas, clowns, and battle rappers all get caught in the increasingly bizarre crossfire.

Acclaimed underground Bay Area performers bring savage action and sharp dialogue together with an all original soundtrack; "SMOKED" is destined to be a cult classic!

Cash. Crops. Corpses. They all burn the same.. 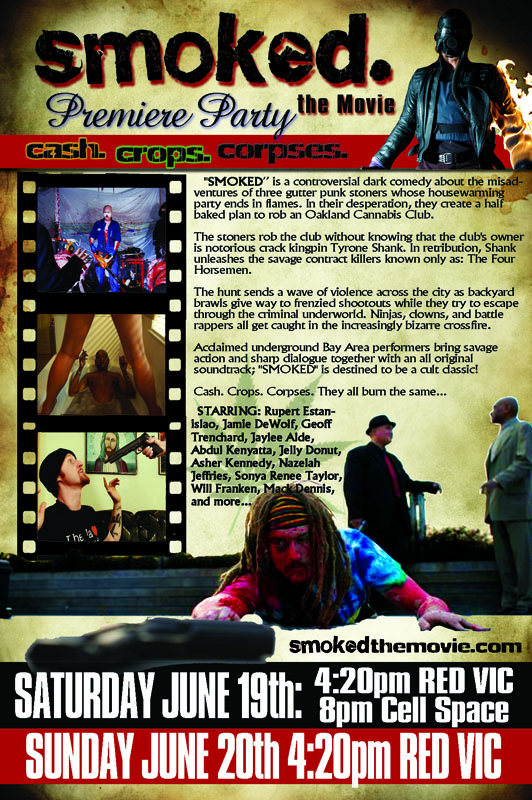 Chicago Producer, ZiggyBlue teams up with Ayari on his latest project, "Another Glass of Wine"Ziggyblue is an award-winning composer from Chicago. He started out writing now classic house hits for DJ International Records and Traxx Records. After college, this multi-genre producer made his way to Atlanta eventually scoring GSU film students and writing string arrangements for Mariah Carey background singer, Tre Lorenz, and feature film project "As Evil Does" starring Bill Cobb and Dorian…See More
20 hours ago
0 Comments