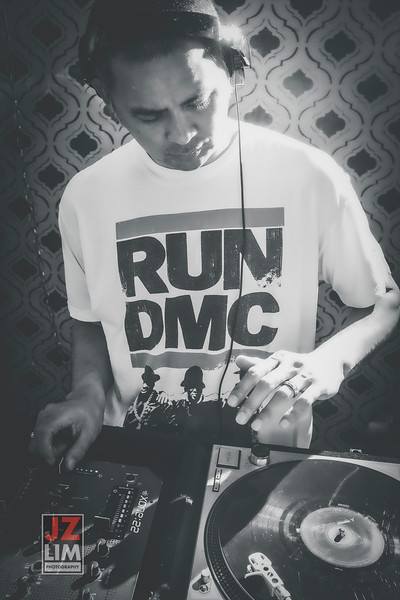 Ren the Vinyl Archaeologist makes his debut at Asiento.

​As a Bay Area resident hailing from New York, Ren made his mark as the founder of True Skool (est. '99). Originally a party which featured Hip Hop legends, emerging artists and world-class turntablists, the brand has evolved into an urban music entertainment guide and event marketing company. As a DJ, he is known for mastering a diverse range of music to rock any crowd. He credits his musical sensiblities to his experience in growing up in the East Coast and experience in the New York City club scene as a regular at legendary parties like NASA, Giant Step and the Limelight. Ren has also spun alongside the top DJs in the world and shared billing with world-renowned artists, such as Z-Trip, Jazzy Jeff, Q-Bert, Mixmaster Mike, Masters at Work (Kenny Dope & Louis Vega), A-Trak, Nightmares on Wax, Jay Electronica, Talib Kweli, KRS-One, Chuck D, Wu-Tang Clan and the list goes on and on. In 2016, he made appearances at several festivals such as Bottlerock, Treasure Island Music Festival and Hardly Strictly Bluegrass Festival.

Ren is a professional party rocker who can put it down among the best of them with a vast arsenal of weapons to drop on any dancefloor, from hip hop, reggae, soul to house and electronic music. He has graced many venues with his non-stop seemless sets with appearances at The Great Northern (formerly Mighty), The Independent, Regency Ballroom, Temple, Ruby Skye, 1015, Yerba Buena Center for the Arts and Sony Metreon, among a slew of venues in the Bay Area. In addition, his mixes have been heard on the Bay's new throwback station Q102.1 FM. You can hear him spinning on his weekly radio show "True Skool Radio" every Thursday from 12pm-2pm on AllDayPlay.fm. He is a regular contributor to KPFA's "Hardknock Radio" show with Davey D and Anita Johnson which airs every weekday from 4pm-5pm on 94.1FM.

Tabares24 – Drop It on SiteMiami native creates club bangers perfect for the end of social distancing MIAMI, FL – If there’s one thing Tabares24 is known for, it’s making club bangers and good quality music. The fast-rising musician from Little…See More
12 minutes ago
0 Comments

MusicDNA is now a member of True Skool Network
yesterday
Welcome Them!