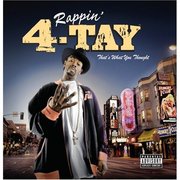 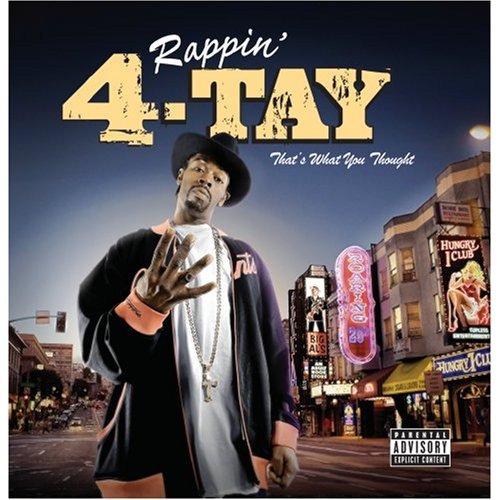 RAPPIN 4TAY: THE "FIVE ON IT" LIVE SERIES

The "Five On It" LIVE series /  LIVE BAND SESSIONS
Possibly the best known rapper to come out of San Francisco's vibrant hip-hop scene, Rappin 4Tay has a career spanning 20 years and 9 albums, with a new release this year. Best known for his chart topping hits "Playaz Club" and "I'll Be Around," Rappin 4Tay is back with a fresh new sound and new never before heard material, backed by a SLAPPIN live band!

Michael Marshall, has one of the most distinct voice's in soul and hip hop records. Most recently making it big with E40 and known for his top twenty billboard hit "Rumors" with the Timex Social Club. "Look at all these rumors, surrounding me everyday ....I need some to get away," was a authenticated international hit.  Also joining us is Equipto, who in the group "Bored Stiff" and rappin with Andre Nickatina. As a matter of fact Equipto and Michael Marshall have recorded more than a few Cd's together.

Marshall hits the jackpot, with "I Got Five On It" with the who's who, of the Bay Area's rap scene on the recording. It features Richie Rich, Shock G and the Luniz.  Marshall wrote and supplies the hook "I got five on it, with that indo weed" I got five on it with those indo keys."  He has two new releases, the "In the mean time, In between time" cd and now Marshall is supporting the latest recording called "Soul of The Bay." A homage to the history of Oakland-Bay Area music scene.

The Musical Director, Dana Salzman had just recently wowed the crowds on stage, working with the rap legend Rappin Fortay at Yoshi's. Salzman is an accomplished musician, band leader that brings that funk from Oakland, California.  She has self produced her two cd releases "It's Out Of Your Hands" and "Rising." The latest release documents her rising in the industry and the world taking notice as she proves herself as a writer, performer and producer.

The funk historian and radio personality Ricky Vincent has been following Salzman's progress closely. He expressed, "The CD, It's out of your hand's".....is the S#!T." The writer of the book "Funk....the Music, the People, and the Rhythm of The One on St Martin's press says that Salzman has good music, that is sensual for the ear. KPFA's,  G-Spot says "with her talent and creativity it wouldn't be long before Prince discovers her brilliance and picks her up."

The emcee of the evening is well known west coast personality, Gary Baca of Berkeley's KPFA  94.1FM.
"I Got Five On It " that your not gonna miss this one!

Rising Star Yacob has been movin in silence and slowly catching up to his peers withevery release.most notably his smash single Grind featuring Trill Will from Deland,Florida. He is a student of Music Genius of Artist/Producer Collabs the likes ofDrake/40 and Jay-Z/Kanye West. Provin to be the perfect combination of Artistand Producer Effectively packaged in the skin of a social media…See More
13 hours ago
0 Comments