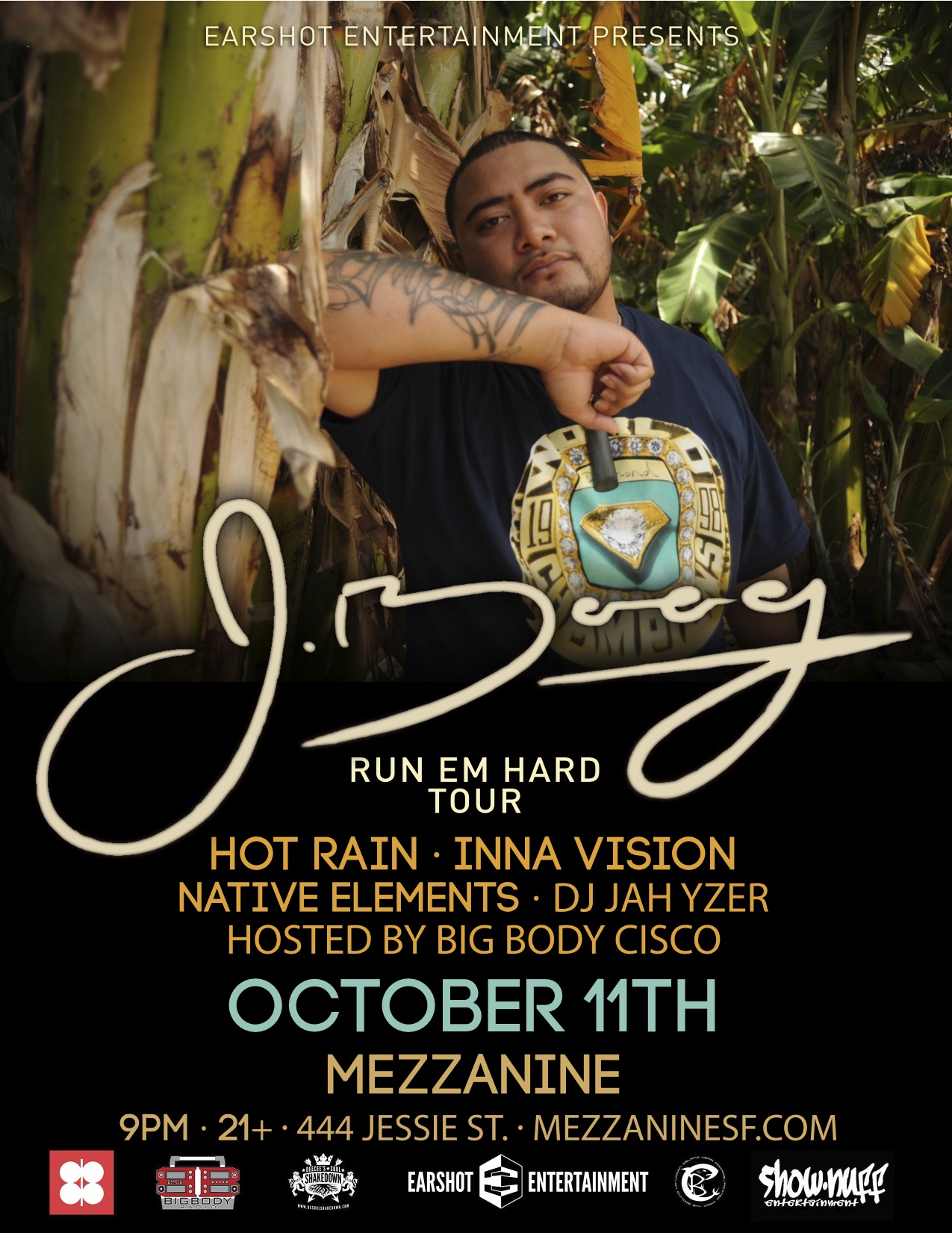 J Boog is a man of many influences. The singer of Samoan descent was born in Long Beach and raised in Compton, California. Growing up in the rough streets of Compton, the strong sense of tradition and culture that J Boog absorbed from his family was instrumental in his path to stay off the streets and begin a successful music career.

At the age of four, after hearing his older sister playing the piano, he developed an interest and started watching her and learning about music. Soon, J was singing along to the notes & melodies he heard his sister play. A while later, she brought home a Bob Marley song book. Even at this young age, J knew Bob’s name and his music. Upon hearing his sister begin to play, something clicked inside J. He hasn’t been the same since.

These days Boog is either in a studio, on a stage or catching a flight. Radio interviews have become a daily thing and it’s a little overwhelming for the young artist, though he has been smart enough to keep his humility. He has a great sense of humor and an even better sense of reality. He can be overheard saying how blessed he is on a daily basis. It’s easy to see why J Boog has been winning over fans when you meet him. He has the right spirit and attitude to carry him to the next level.

Congrats to Iris Garcia for winning a pair of tickets!

Southwest, GA; based artist Koncious1 started writing music at an early age and that's the way he choose to express himself. Everything he raps about; he's either seen, done, or is doing it. No rap kap! Making Moves Untold Story pt.2 is the sequel to the first Untold story that goes into a little more detail of the life of Koncious1 in the present and past tense... His Story!--…See More
13 hours ago
0 Comments

If when you hear Hip-Hop and you automatically think “lack of substance”, think again. Musical Artist, Songwriter, and Producer 1Dru, is a multi-talented lyricist hailing from the small town of Altha, Florida. 1Dru was exposed to the love of music at just age nine, highly influenced by his harmonica talented grandfather. Around age 10, 1Dru began writing poetry and admits that the…See More
13 hours ago
0 Comments

East Coast Artist, Chris Cash releases the visual to his latest single, “Shark Bait”Chris Cash holds an energized delivery that drives his fans crazy and screaming wanting more. Redefining what it takes to be a top-notch entertainer along with his entire catalog of music, Chris Cash is a raw cut of musical greatness and compliments what it means to be a rapper. He is a renaissance man with an impeccable hustle destined to change the rap game one song at a time. Additionally, he is an…See More
14 hours ago
0 Comments