Del the Funky Homosapien with The Serendipity Project 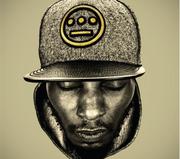 Del the Funky Homosapien with The Serendipity Project

Hailing from Oakland, California comes Del the Funky Homosapien no doubt a true innovator and legend in the world of underground Hip-hop. Del got his start rapping behind his cousin, Ice Cube, as a member of his back-up band and crew. After parting ways, Del ventured out as a solo artist, making music that immediately gained attention. Del's music offered a fresh new outlook on an otherwise gangsta rap controlled California Hip-Hop scene. His viewpoint offered a more detached alternative style laced with humorous rhymes and funky beats.

After securing a deal with Elektra Records, Del released two critically acclaimed albums, I Wish my brother George was here ( 1991) and No need for alarm (1993). Despite record sales in the hundred of thousands, his third album, Future Development, was never commercially released. Fed up with the commercialized music industry, Del began working with his crew, the Hieroglyphics, to create a massive independent network of Oakland based Hip-Hop.

Del has successfully released quality, critically acclaimed material for over 10 years. There seems to be no stopping him and as history has shown. Del's lyrics and wordplay are the Midas touch to his wonderful taste in production. Del the Funky Homosapien has grown from the 17 year-old protege of Ice Cube, to a crafted artist, whose hypnotic voice has transcended the norm, taking underground Hip-Hop to an even deeper level.

RSVP for Del the Funky Homosapien with The Serendipity Project to add comments!

Congrats to Frank Viloria for winning a pair of tickets!