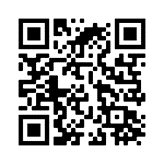 The Pitcherman aka Dopeman Slick represents Boston, MA and has been actively doing music since 1997.
Heavy Traffic Ent is the parent label to The Pitcherman. From his song Make A Milli to City Popping Off, he has a whole dictionary of verbs and adjectives in his lyrics. They are catchy and tell a story. This six song project really tells a story on what the title exactly says- Some Days Better Than Others. Like he says “he was a pyro, now he’s going viral”.
He has recently dropped a project with six songs on it, the QR code will take you directly there to stream. He has worked with multiple producers such as Hangmen 3, Drawzilla, and J Cardim.

James Mtume, and the group named after him, broke out in the 80s with the hit song “Juicy Fruit”. The group combined jazz, funk and R&B into Top 10 hits like “You, Me and He” and “Breathless”. But with the pressure to crossover, they struggled to…
yesterday
1 Comment

An event by Shaina Renee was featured

DILLA FEST at The Midway

Despite the Title, JonPaul Wallace’s Single, “Love’s Not for Everyone,” Defines Contemporary PopDETROIT – After going viral with his rewrite of Lukas Graham’s “7 Years,” JonPaul Wallace has…See More
Tuesday
0 Comments