Kevin Arradondo aka Arradon, is a real salt of the earth kind of guy. His dedication to his craft is paralleled only by his devotion to god and his family. To his small circle of friends, he’s a natural-born leader and a loyal man of his word. To his city, he’s one of the last true stalwarts of the traditional Southern rap style.… Fans of New Orleans, Louisiana supreme lyricist Koan Kenpachi can rest easy now that his long awaited, highly anticipated single, “Weirdo”, has been released. The track was produced by Sean Carey. In his usual fashion, he kills the track with his amazing delivery, cadence and flow. “Weirdo” like all of his tracks before, does not disappoint. In fact, it is proof that Koan Kenpachi’s recent hard work and dedication have just made his art even more exceptional.…

Yona Marie "Take Me To The Moon" Single | @YonaMarieMusic

“Take Me To The Moon” is the latest single from singer, writer, and producer Yona Marie. Her character in this playful track considers multiple devious approaches that will increase her net worth at the expense of the well-connected yet unfortunate gentleman she’s attempting to court. Combining familiar 90s and early 2000s R&B vibes with sassy and faced-paced vocals akin to rap flows, this track brings new energy to a beloved era of music that will have listeners ready to add it to their… Continue

Big Davinci Ent. presents Mulah Davinci latest single "Dreamchaser", produced by Jalyll "CasshhJay" Vaughn. The Georgetown, SC native drops bars on this motivational track that's all about Chasing your dreams. The energy is pure with this track and the performance is second to none.… 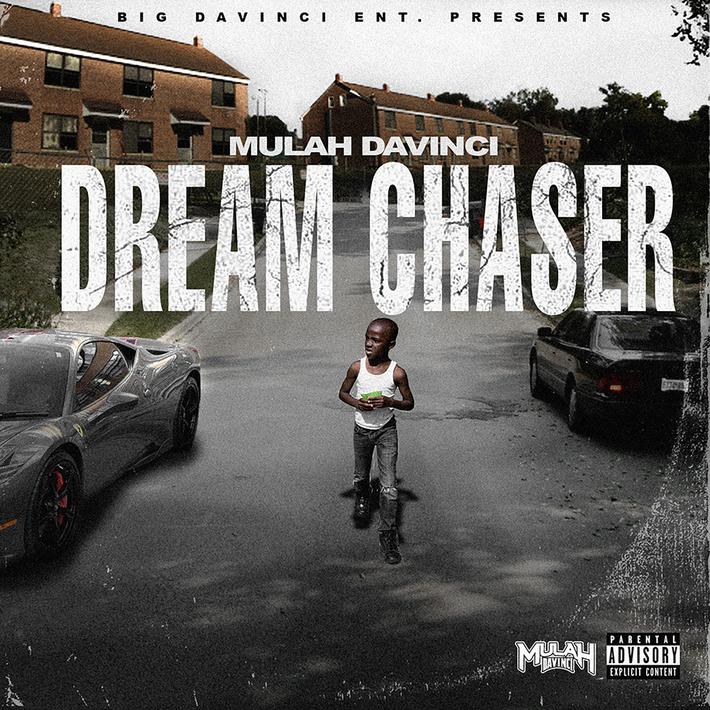 [Video] Camo Brian - Ever Been | @thecamobrian

Eclectic – This one word describes Camo Brian’s music and style – a genre-blending fusion of rap, r&b, country and pop that easily crosses diverse musical boundaries.
Camo Brian, Average Joes recent signee, is HAPPY and it shows with the release of his new hit single “Ever Been”! Camo displays his penmanship skills brilliantly as he divulges into some of the simpler things that can put a smile on anyone’s face! Hailing out of Oak Ridge, Tennessee we wouldn’t expect anything different!… Continue

Perfidia is one of the greatest love songs of all time and the newly released version "Perfidia Love" from Manatee Records featuring Chicago songstress "Cheri Janae" and rising reggae superstar "Teeardropz" have blasted the song out of musical proportionality. Recent Cash Money Records signees Calliope Bub and Gar Certified are making a name for themselves in the entertainment industry - and the co-sign from Birdman himself has definitely helped to solidify their positions in the game. These New Orleans, Louisiana music artists/songwriters are working hard to get their music out there. The visuals to their latest offering, “Wzhatinin”, features a who’s who of New Orleans rap royalty, including Birdman himself, Hotboy OG and more. The video was… Continue

Kadejah Anderson, p/k/a AnnaleaX (pronounced Anna-Leeah), was born in St. Andrew, Jamaica, and attended the St. Andrew High School for Girls, where she chartered her future. Growing up, she had three primary objectives and goals: one, to compete in the Miss Jamaica pageant and establish a successful modeling career; two, to graduate from college with a degree in Management Studies and Psychology; and three, to be an international entertainer. AnnaleaX is now well on her way to accomplishing all… Continue 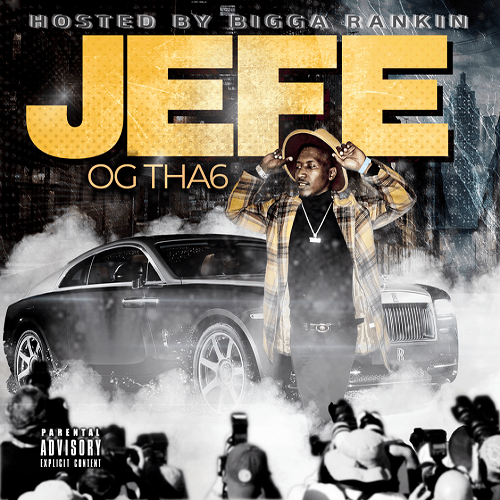 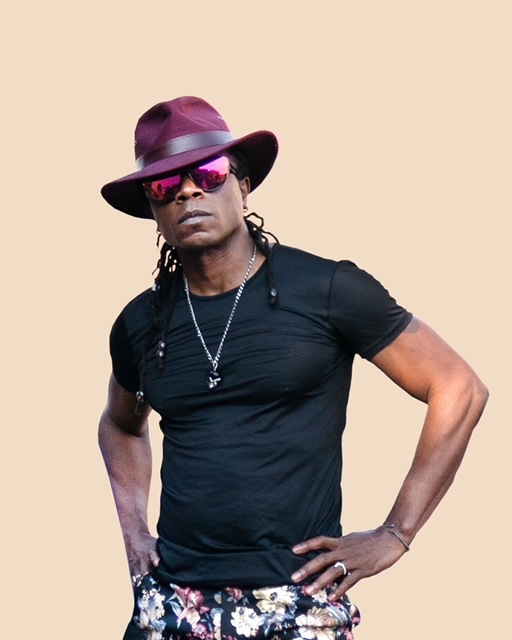 CMC Ent. LLC presents Nique Got-It. The Muskegon, MI., rapper and recording artist teams up with D.Wade to drop his latest offering, "Lunch Break". Today the official video is here, to bring to the screen and turn the auditory sensation visual. Press play and watch as this high-energy banger is brought to life.. Add it to your playlist TODAY!…

Din Dinero, Atlanta, GA native and Trapp On-Demand fresh off the release of the street's most-streamed album, "BankNote II Feet In." The PhuckYouRemy, and Jvhn Jvhn produced "Hallwayz" is taking the industry by storm. Learn the lyrics today, there is much more to come.…

Trapp On-Demand presents Din Dinero. The Atlanta, GA native is back with his next single fresh off the release of the street's most-streamed album, "BankNote II Feet In." The PhuckYouRemy, and Jvhn Jvhn produced "Hallwayz" is taking the industry by storm. From Club Spins to Radio spins, one of many releases featured from Din Dinero's "BankNote II Feet In", the album is available everywhere.…

Mack Ben Widdit and DFE Don'T Fold Entertainment are back with another banger to feed the streets. On “Grind Paid Off”, the Richmond, VA native takes a minute to celebrate all of the spoils of war. Streetlife is treacherous, and for those that can stay down until they come up just now, there are sunny days after the storm, work now, shine later, the Grind Pays Off in the end.…

Two Five Records proudly presents Ceasar Christian "My Way" lyric video. “My Way” is a soulful and laid-back track produced by Cold Melody, made especially for the ladies. The St. Petersburg, FL native showcases his lyrical ability while maintaining a cool and level head, press play and learn the lyrics today.…

Listen to the new album A Beautiful Revolution Pt. 2, out now
yesterday
0 Comments

SplashChristo is an up and coming artist who has been gaining popularity lately with a new song on all digital streaming platforms like Spotify and Apple Music.Recently, SplashChristo has released an ebook called "Christo Clear Combative Concepts " which is about self protection stray pieces, contentious strategies, basics, moving perpetually, looking at other hand to…See More
yesterday
0 Comments

Hip-Hop Artist Li Li Nicols delivers her latest single "Pull Up" featuring JuugBorn in New Orleans, LA, Li Li Nicols immediately shows an interest in music and entrepreneurship. At the age of 7, she's inspired by the artist Alicia Keys and asks for a keyboard. “I was captivated by her beauty, music and loved that we shared the same name.” Although artists like Alicia Keys, Jay Z, and Kanye West influenced her passion for music and the industry, Nicols father's ambition instilled values of hard…See More
yesterday
0 Comments

ENTER TO WIN A PAIR OF TICKETS. WINNER WILL BE DRAWN RANDOMLY AND ANNOUNCED 2 DAYS PRIOR TO EVENT.  FRIDAY, NOV 12 Talib Kweli One of the most lyrically-gifted, socially aware and politically insightful rappers to emerge in the last 20 years. @ Yoshis, 510 Embarcadero, Oakland 1st Show: DOORS: 7:30 PM / SHOW:…See More
yesterday
0 Comments

Faith Walker's "I Gave My All" Official Video

"I Gave My All" video, produced by platinum award-winner Marcus Kane is taken from the late Faith Walker's self-titled album through Taot Recordings. The album is out now on all streaming platforms. Over an arrangement of soulful R&B tones, the celebrated songstress delivers heartfelt emotions and vocals about one-sided relationships. She held it down and gave her all, selflessly. Unable to return her love and devotion Faith affirms, “I gave my all, what did you do? I gave it my all but…See More
yesterday
0 Comments