Whiteboi Splash - Dust It Off 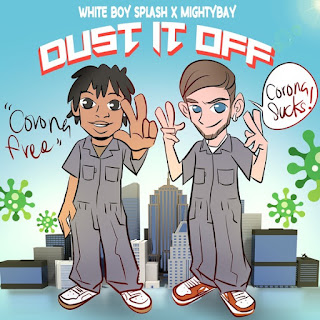 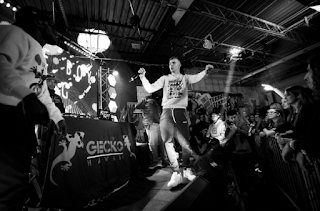 HOUSTON, TX – Cayden Pipken – also known as Whiteboi Splash– is a fast-rising young talent out of Houston, Texas, whose upbeat dance-style music is setting the South on fire. His latest hit “Dust It Off” is a dance-worthy track that is sure to become a TikTok viral sensation. Collaborating with fellow artist Mighty Bay – who is featured on the single – to make a dance challenge with the song, Whiteboi Splash uses the song to push past the negativity that has hounded him throughout his young career and propel himself into the realms of global stardom.

“It’s a song about dusting off the haters and all the bad energy,” said Nick Johnson of Clutch Life Entertainment (Whiteboi Splash’s manager). “The video will be a fun, upbeat vibe that shows him dressed up as a janitor dusting things off and setting up the dance challenge. We’re sure it’s going to be the next major dance craze.”

Whiteboi Splash started off as a dancer and got his interest in making music while working with other artists in the industry over the years. About two-and-a-half years ago, he started writing and recording his own music, and he hasn’t looked back since. He’s already had the opportunity to open for major artists such as Dababy, NLE Choppa, Quinn NFN, Riff Raff, and Sauce Walka. And he’s gained major attention across social media platforms like Instagram and Triller. He even caught the attention of the legendary P Diddy, who messaged him on Instagram to congratulate him on his success.

Parlaying that early success into more songs, Whiteboi Splash has made a name for himself doing Triller and TikTok challenges, many of them going viral and setting him up as a truly international artist. Featuring an old-school vibe with a new-school twist, his sound is one-of-a-kind. He loves to perform in the middle of the Pop and Hip Hop lane, and almost always creates music that is fun, upbeat and exciting.

“We’re making turn-up music,” Johnson said. “He’s making music that relates to a younger audience and is dance-worthy. We’re always looking out for what will play best next, and he has even more singles ready to go this year.”

Johnson said the next single on the table for Whiteboi Splash is a song called “Supervisor” which is set to be distributed across all streaming platforms in the next month.

To listen to his music, or to follow him on social media, please visit the following links:

When does sampling cross the line? Is it real art? This documentary explores that various perspectives of so-called copyright criminals. Released in 2009.A m...
19 hours ago
0 Comments