Real Deal Wit It - No Cap 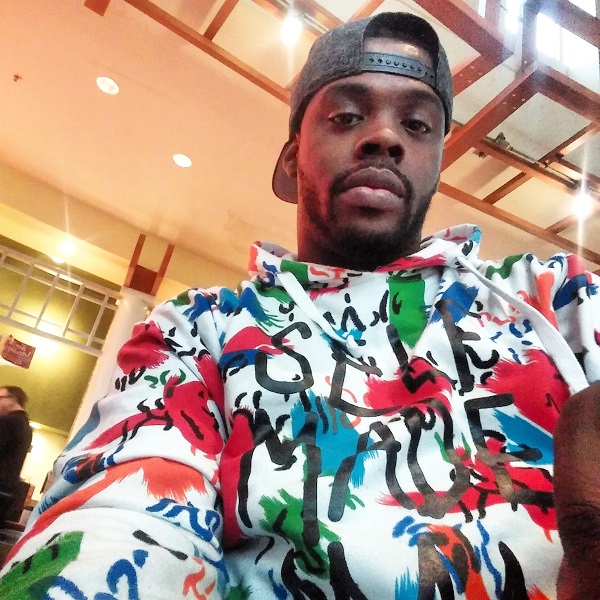 AKRON, OH – To understand the music and talent of Midwest artist Real Deal Wit It, you have to understand where he comes from. Living in the streets of Akron, Ohio is already a rough starting place, but add to that a crack-addicted mother and an absent father and it’s easy to see how this young man might be led to a life of drugs and violence. By the age of 14 he was in-and-out of juvenile prison while dodging life-or-death situations on the streets. But through it all, music was his escape. Artists such as Tupac and Tribe Called Quest became sources of refuge for him, and ultimately became the inspiration behind his own creative outlet of songwriting and recording.

Today Real Deal Wit it is a bona fide hit-maker whose star is quickly on the rise. His upcoming new single, “No Capp,” is an eagerly anticipated track that showcases his unique sound and style. It’s a street banger, but with heart behind it and a message that he hopes will resonate with others living on the street in ways that motivate them to pursue a different walk of life.

“I took it back to the hood with this one,” he said. “As soon as you hear it and hear the 808s, your head starts bobbing and you’re gonna put it on repeat. Ultimately it’s about what it means to be a street dude and living the street life while also trying to live the better life you said you were gonna live.”

It’s the first single off his forthcoming album, “WHIZ,” which is slated to drop later this year. Serving as an anagram for Writing Hits In my Zone, the album also pays homage to his late brother who was murdered last year. His nickname was also Whiz. The project is one that will further showcase the natural talent of this fast-rising young artist, and continue the momentum that started with his previous album, “Real Estate,” which is currently available across all streaming platforms.

“When I make music, you’re not gonna be able to box me into one specific category,” Real Deal Wit It said. “I’m somebody who’s bringing a lot of lyrical content back into the game. I’m talking about situations and things I’ve been through, or others have been through, in ways that are fun and inspiring. I could write about anything. I might write about my favorite barbecue chips if that’s what I need to write about. Whatever is in the moment that inspires me, that’s what I’ll roll with. A lot of people don’t expect that from me because I come from a background that’s very serious. I can make music that talks about that, but I also make music about things I’m trying that’s new and different. And I’m trying to make a new life instead of celebrating the street life and those serious things. If you put it in your mind first that it’s something you want to do, and make sure it’s in your heart and follow through, you can accomplish anything.”

To listen to Real Deal Wit It’s music, or to follow him on social media, please visit the following links:

Vi City Is Making New Waves WIth His Debut Single “OnGOD” As He Releases His New Track “Lenciaga” Get In Tune!Chicago native Vi City has been on a crazy wave all 2021! He returns with his brand new single “Lenciaga” a hot new joint for the summer.  OnGOD featuring and produced by Harv has spiked and is reaching new platforms and gaining new…See More
1 hour ago
0 Comments

D-Moss is a Artist/Producer/Audio Engineer signed by independent record label Dope Music South Music Group. Born in Chesapeake, Virginia, D-Moss, spent most of his youth in the small county of Currituck, North Carolina. As a child he was exposed to…See More
2 hours ago
0 Comments

Support Those That Support You posted blog posts
23 hours ago

Rising artist Dboyofficial just dropped a hot new single titled "Toxic". Check it out below and follow him on social media for his latest releases.Dboyofficial · …See More
yesterday
0 Comments