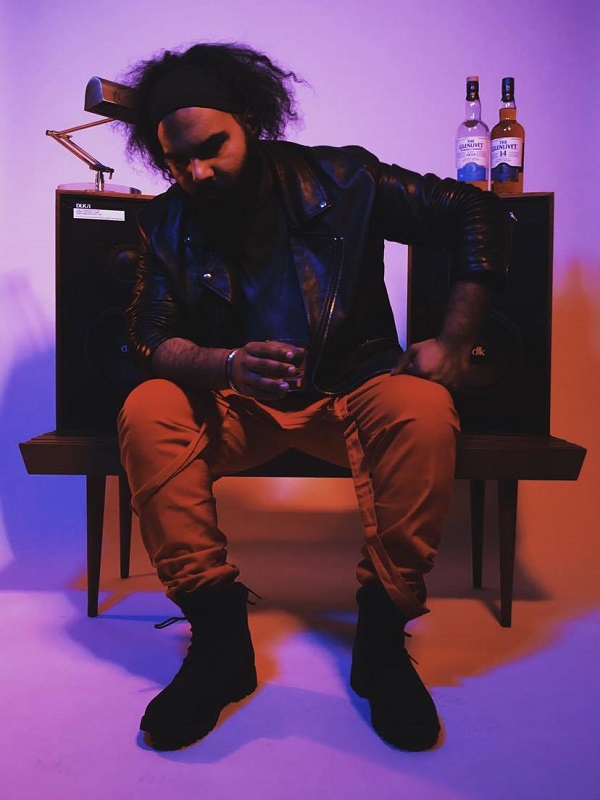 LOS ANGELES, CA- Hip Hop artist KUNAL is a burgeoning force on the horizon. He is a product of global influences. Spending his childhood in New York, New Jersey and London – and paired with his Punjabi heritage – there is no succinct way to describe his craftsmanship. If you ask him, his sound is influenced by waking up to the melodies of Nusrat Fateh Ali Khan and Bob Marley, while also discovering artists such as Eminem and Kanye West who spoke to other parts of his soul. He has a wide-ranging sound that is centered on rhythm and lyricism. KUNAL’s sound exudes a uniqueness that is characterized by uninhibited creativity reflective of his human experience.

That signature style is put on full display with his debut single “Angelic & Devilish” and furthered by his second release “Feelin’ Good.” Both are currently available across all streaming platforms. KUNAL has always been passionate about music – playing saxophone as a child, singing in choir, and writing poetry for as long as he can remember. The Coronavirus pandemic afforded him both the spare time and the alone time in his LA apartment to come back to the passions that had been on hold for so long. The years-long journey-in-the-making has been so profound that it has changed his career aspirations. KUNAL is already working on another two singles that he hopes to drop later this year as well as a full EP set for early 2021.

“When I moved to LA five years ago, I had no idea I was going to make music,” KUNAL said. “I was open to many different possibilities and I knew that I loved entertaining – from music and film to all kinds of artistic expression. But I was open to whatever LA was going to provide me. The pandemic has created an opportunity to put time and attention to music, and these singles have been a primer for more of what’s to come.”

Fans have described “Angelic & Devilish” as something reminiscent of a Nas-meets-Travis Scott vibe, highlighting that KUNAL’s sound cannot be put into a box or category that has ever been heard before. The sound appeals to fans of all ages because of the eclectic 90’s Hip Hop feel, he said, combined with upbeat and fun melodies from current decades of music. His cadence and flow compliment the introspective lyrics with which many Rap legends would be associated. He lays the joys and pains of his past on the line to examine the polarity of life which is a huge reason why so many people have already found his music so relatable, he said.

“We’re all both angelic and devilish in some way,” he said. “For me, it was a song that was very reflective personally, and as such, it was a really fun song for me to work on.”

With “Feelin’ Good,” KUNAL brings in a modern effect that calls attention to yet another aspect of his personality. The fun upbeat pace is fitting for a night out but is also perfectly suited to kicking back with friends. It’s an anthem for anyone who fully embraces who they are despite what others think or say about them.

“In the chorus I said, ‘I’m pouring out a drink, sending love to all the different places that played a role in who I am and shaped who I am,’” KUNAL said. “Then it goes on to say that I don’t care if you don’t understand me or I don’t fit into your box. I’m feeling good and I’m doing good and I’m OK with who I am, and so here’s a couple of nuggets of who I am and some of the things I care about. It was fun finding the sound and style for this song because the production was completely different than anything else I’d ever done, but it was still me. It gave me a chance to explore a different side of me and explore my range, and I think people will have fun with it, too.”

KUNAL said he’s looking forward to speaking for it and fans getting to know him through that sound. To listen to KUNAL’s music or to follow him on social media, please visit:

New York rapper JoJo2amazing takes us along for quite the ride with his new song and music video “Long Road” ft Florida’s own Trill Will. This is an ODBM (OnDaBeatzMafia) collaboration with Trill Will’s label; Full Circle Music Group, whom is partnered with Universal Music Group. JoJo2amazing, the owner of his independent label ODBM, shows his team strengths on full…See More
8 hours ago
0 Comments

In a recent Fat Joe Instagram Live Stream with Treach from Naughty By Nature, Treach speaks about the times that Queen Latifah would swing on grown men!Joe even tells his own Latifah story about how the award winning rapper/actress chased him with a knife!…See More
18 hours ago
0 Comments

Rising artist Brilyent Kelly is back with 2 new hot singles titled "Safe" & "Champagne". Check out his latest work below and follow him on social media for his new releases.…See More
Monday
0 Comments