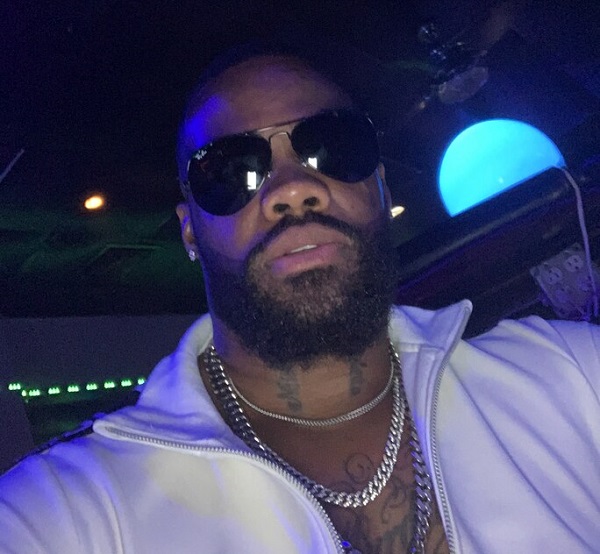 BALTIMORE – “I love my city. I love my town. I’m striving to be great, and I’m not afraid to be myself,” says Baltimore singer-rapper City da King. City grew up rough, ousted by his mother and forced to sell drugs on the street starting at age 13. The next years brought devastating losses, leaving City with pain he shares easily and a truly empowering growth story.

“Baltimore builds you to be able to be strong and to be able to make it through life. I am a true product of Baltimore. I’ve been through the worst of the worst. I overcame it and still was able to obtain a psychology degree and continue to strive,” says City. His musical striving has paid off as well; he’s opened for Future, Jezzy, Rakim, Dru Hill, and more.

He documents the worst parts of Baltimore, the dangerous street life in his recent single “Murdermore.” He made the song shortly after leaving the band N.I.T. and realizing what freedom he now had as a solo artist. “’Murdermore’ was the record that let me spread my wings. That song came out of a lot of pain, a lot of frustration, a lot of anger, a lot of hardships I’d been through. It was a raw record. It was something that came over me. It helped me release a lot of pent-up stuff,” says the artist. The song’s poetically harsh lyrics and layered tracks of singing and rapping help make it memorable, and Baltimore locals are quickly finding it relevant and anthemic.

City’s singing ability is one of his assets. “I have a singing background, so I can bring some harmonies and pretty dope melodies to records,” he says, explaining one facet of his versatility. “My versatility comes in my ability to be able to experiment and be creative with the music instead of being locked into one type of sound. It’s not just about hardcore hip hop. There are touchy love records, some inspirational music, some downright you-in-the-mud-trying-to-get-out-of-the-mud-music,” he says.

He celebrates this versatility and originality in his song “One Me” from a project with the same name. With a sultry, melodic vibe, the song celebrates individuality, a pushback against the music industry’s attempt to force replication of sounds. As the artist says, “In a time when we see that the industry is copycattish where everyone wants to do what the other artists are doing.‘One Me’ is a testament to how we’re all special. We’re all individuals. We’re all unique in our own selves.”

But City knows that maintaining authenticity and individuality can come at a price. “I went through a lot of scenarios that people would look down on and a lot of people would not be proud of. I am not proud of all my experience. But I am saying I am not running from the experiences that made me who I am. I’m grateful and blessed, and I wouldn’t change what I went through because ultimately that made me who I am,” he explains.

He remembers the backlash when Kanye West was running for president, how quickly people said he’d lost his mind. The comments happened to hit City when he was thinking and writing about what it means to be real, especially in an industry that doesn’t value that. “We go through things that challenge us mentally. I felt like on that record people would think I was losing my mind. That was the inspiration. When I wrote the record, it was around the time Kanye was running for president. We all know the type of energy that he was getting, people saying he was losing his mind. I’m losing my mind and going ballistic because you never know who’s real and authentic in this world, especially in the music industry,” City says of the track, which he compares to a soulful Rod Wave record.

“Ye Yea,” like “One Me” and “Murdermore” are selfies of a man who’s found the strength to talk about the hard, important things in life. But he does it with such dexterity that he switches lanes easily, moving from painful anthems about street life to the power of one to trying to stay grounded as a musician. He plans more singles, and there’s no doubt they’ll be as genuine and autobiographical as these.

Support Those That Support You posted blog posts
38 minutes ago