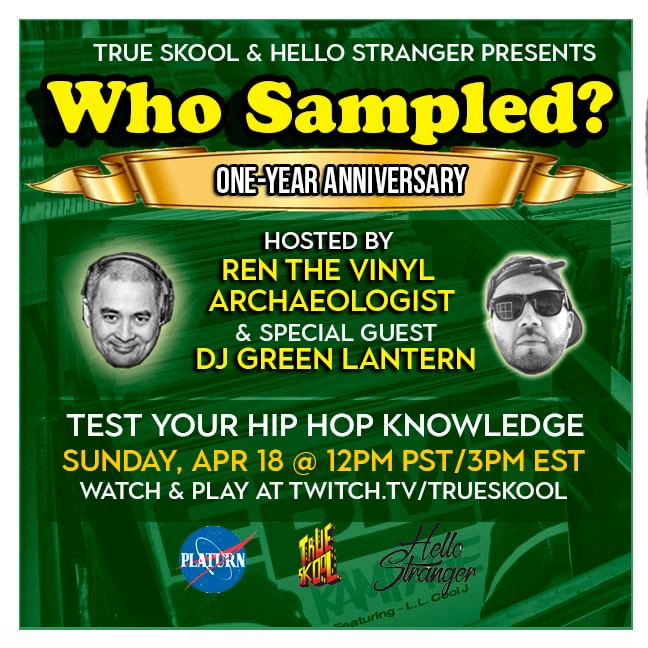 DJ Green Lantern is not only one of the most credible hip-hop DJ’s alive today, he’s one of the most important figures in contemporary hip-hop, period. As DJ Green Lantern, he’s made waves as a producer, DJ, tastemaker and influencer, working alongside some of the genre’s biggest names to change the game forever. Rising to prominence alongside Eminem, he’s since had the honour of acting as full-time tour DJ and music director for Shady, Jay-Z and Nas, and remains the only DJ to have worked alongside all three. His long-running mix shows at NY’s Hot 97, V103 ATL and Sirius/XM regularly draw thousands of listeners, giving him the kind of reach and influence that lesser DJs only dream of, and as a 10x Mixtape Award winner, he’s produced and hosted official, label-sanctioned mixtapes for Nas, Ludacris, Eminem, Jadakiss, The Beastie Boys and more.  Not only an influential DJ, He is an accomplished producer and studio mastermind. He’s picked up several Grammy nominations, contributing to hip-hop classics such as Nas’ “Black President”, Ludacris’ “#1 Spot”, Jadakiss’ “The Champ Is Here” and Jay-Z’s “The Game Is Mine”.

When does sampling cross the line? Is it real art? This documentary explores that various perspectives of so-called copyright criminals. Released in 2009.A m...
20 hours ago
0 Comments