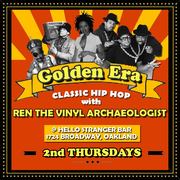 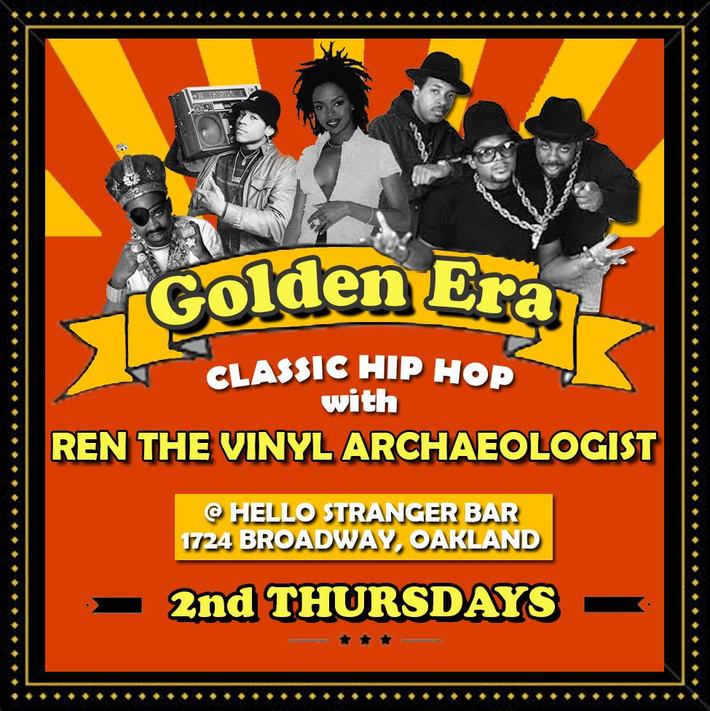 ABOUT REN THE VINYL ARCHAEOLOGIST
As a Bay Area resident hailing from New York, Ren made his mark as the founder of True Skool. Originally a party which featured Hip Hop legends, emerging artists and world-class turntablists, the brand has evolved into an urban music entertainment guide and event marketing company.  As a DJ, he is known for mastering a diverse range of music to rock any crowd. He credits his musical to his experience in growing up in the East Coast and experience in the New York City club scene as a regular at parties like NASA, Giant Step  Limelight. Ren has also spun alongside the top DJs in the world and shared billing with world-renowned artists, such as Z-Trip, Jazzy Jeff, Q-Bert, Masters at Work (Kenny Dope & Louis Vega), A-Trak, Nightmares on Wax, Michael Franti, Talib Kweli, KRS-One, Chuck D, and the list goes on. He has graced most of the premier venues in the Bay Area with his seamless sets, such as Mighty, Mezzanine, Ruby Skye 1015, to name a few.

Hip-Hop Artist, Swazey lands a deal with New-York label, EQSwazey AKA Hef Swazey was born Rafiq Hawkins 09/15/1995 in Washington DC, with 10 siblings born to a poor working-class mother, in the inner cities of Washington DC. At the tender age of 12, he decides to leave his home to pursue his music career in rap. He's extremely talented and focused with a determination to win and never settle. This disposition earned him a lot of respect and recognition within his community and his social…See More
5 hours ago
0 Comments

As we arrive at the festival weekend that should have been, we are missing the magic of artists and fans together in the park now more than ever. In the…See More
15 hours ago
0 Comments

OOOJordan, Loki952 & OOO Andre link up to bring you a hot new joint titled "Never". Check it out below and make sure you follow them on social media for their latest releases.Connect:https://www.instagram.com/jordanmbeatz…See More
18 hours ago
0 Comments

p33di - I'm Da ManSouthern rapper p33di drops hot club track ‘I’m Da Man’ JACKSONVILLE, FL – An artist from the Deep South is making a name for himself by creating up-tempo club music with a twist for a new version of Krunk. His name is Pierre Janvier but he goes by the stage name p33di, and his latest single “I’m Da Man” is the perfect kind of banging beat that the…See More
yesterday
0 Comments

Joe Boii, coming straight out of the South’s hot spot of talented artists, this Mississippi native never fails to disappoint his audience. This well thought out EP explains a journey, a life, that has been lived and survived through. His catchy hooks, crisp beats, and the lyrics that flow smoothly over it all, is one for the books.Go check out If Only Time Could Tell on…See More
yesterday
0 Comments

Kenji The Barber Releases New Music in a Birth Vlog!Kenji The Barber takes a dive into the music industry! With his latest single- he dropped with over 4k views for his next hit single on Youtube, Kenji has an ear for good music! With him being a great barber, he also has good taste in music! Kenji, an artist from Hampton, Virginia, dropped his birth vlog of his newborn baby K3 …See More
Wednesday
0 Comments