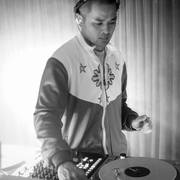 True Skool & Layover present
Elevation (1st Fridays)
Elevating your mind, body and soul to new heights as you take a journey through music

With your pilot
Ren the Vinyl Archaeologist (True Skool)

ABOUT REN THE VINYL ARCHAEOLOGIST
As a Bay Area resident hailing from New York, Ren made his mark as the founder of True Skool. Originally a party which featured Hip Hop legends, emerging artists and world-class turntablists, the brand has evolved into an urban music entertainment guide and event marketing company.  As a DJ, he is known for mastering a diverse range of music to rock any crowd. He credits his musical sensiblities to his experience in growing up in the East Coast and experience in the New York City club scene as a regular at parties like NASA, Giant Step and Limelight. Ren has also spun alongside the top DJs in the world and shared billing with world-renowned artists, such as Z-Trip, Jazzy Jeff, Q-Bert, Masters at Work (Kenny Dope & Louis Vega), A-Trak, Nightmares on Wax, Michael Franti, Talib Kweli, KRS-One, Chuck D, and the list goes on. He has graced most of the premier venues in the Bay Area with his seamless sets, such as Mighty, Mezzanine, Ruby Skye 1015, to name a few.

Shows by Ren the Vinyl Archaeologist on Mixcloud

Chicago Producer, ZiggyBlue teams up with Ayari on his latest project, "Another Glass of Wine"Ziggyblue is an award-winning composer from Chicago. He started out writing now classic house hits for DJ International Records and Traxx Records. After college, this multi-genre producer made his way to Atlanta eventually scoring GSU film students and writing string arrangements for Mariah Carey background singer, Tre Lorenz, and feature film project "As Evil Does" starring Bill Cobb and Dorian…See More
20 hours ago
0 Comments