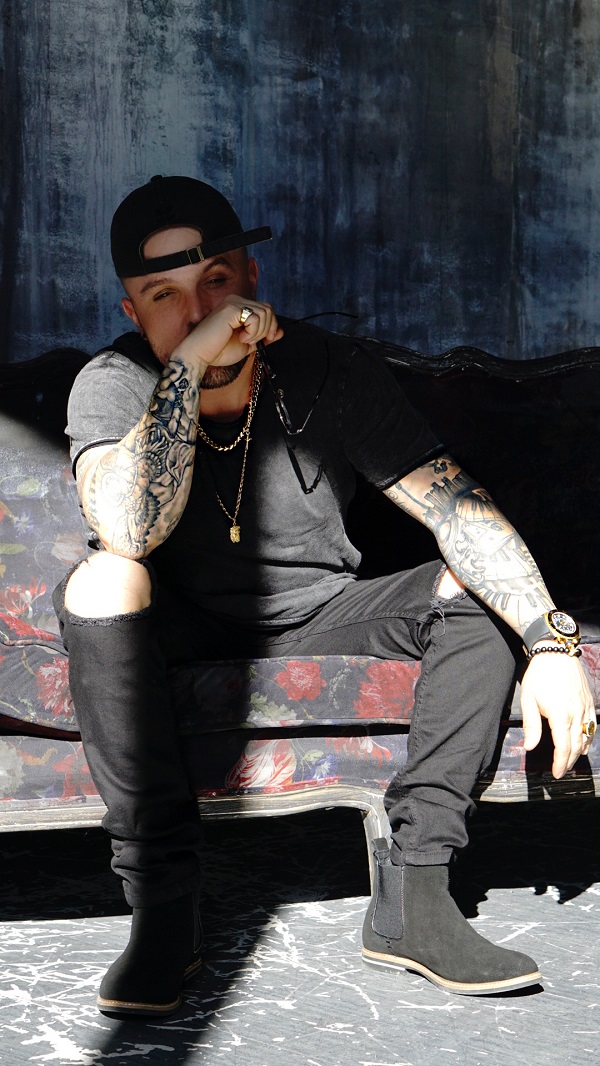 TORONTO, CANADA – One of Synth-Pop’s most underrated artists is about to release a new album with a sound so genre-bending that it’ll be turning heads all around the globe.

Ferreira has been a mainstay in the music industry for the better part of a decade, collaborating with some of the biggest names in the game. He’s been an opening act for legends such as Fabolous, Jadakiss, Pusha T, Styles P, Boys II Men and many more. He’s recorded with multi-Grammy-nominated artist Noreaga (N.O.R.E.) and he’s performed on some of the biggest stages in America, Canada and throughout Europe. Now, with the forthcoming release of his sophomore album “Venus,” he’s ready to become more of a household name.

“I just want to be known as an artist that everybody remembers for my music,” Ferreira said. “I want to send out a good vibe. I want to be that feel-good, listening-to artist who puts you in a good mood – just a good vibe in a nutshell. I hope I’m known for leaving a lasting impression and for having timelessness to my music. That’s what some of my favorite artists have been for me, and I’d like to be that person, as well for whoever is listening to my music.”

Ferreira had some success with his first album, “Mercury,” which showcased his charismatic style. Staying with the concept of planets derived from his Astrology sign, “Venus” is his follow-up project. Unlike “Mercury” – which explored a lot of the ins-and-outs of relationships, love and heartbreak – “Venus” is more of an examination of the outside influences of today’s world on a person’s day-to-day life.

“It’s more about people I’m meeting and life-changing experiences that are affected by things going on in the world today,” he said. “I grew up listening to 80s music, which was an incredible decade music wise. My dad would listen to Genesis and UB-40 and Stevie B and Michael Jackson, and a lot of the one-hit wonders. With this album, I’m aiming toward my childhood experiences music wise, but with a new style.”

That 80s vibe comes across loud and clear with the debut single “All Night Long,” which is currently available across all streaming platforms. With an upbeat EDM and Synth-Pop vibe, the song stays true to its name by fulfilling the promising of giving listeners a sound and rhythm that will make them want to move all night long. Ferreira’s finely honed vocals provide the perfect counterpoint to the moving beat, and the hook is one of those ear candy lyrics that will be stuck in your head for days.

“I’m an 80s baby and I kind of fell into that vibe with this project,” Ferreira said. “That especially shows on this song. It definitely has an 80s vibe, but it’s also a good indication of where I am today. Both old and new fans are going to appreciate the honesty and direction of this album, and the first single, ‘All Night Long’ shows just how versatile I can get.”

To listen to Ferreira’s music or to follow him on social media, please visit:

My name is T.J. Brooks but my stage name is Concept. I'm an up and coming unsigned independent artist from St. Louis, MO. Singer, rapper and songwriter. I recently released an album titled "Tabula Rasa" that is streaming on all platforms. This album incorporates jazz, rap, hip hop, and r&b to the themes of love, loss, pride, and romance with a few tracks just to vibe…See More
Oct 10
0 Comments