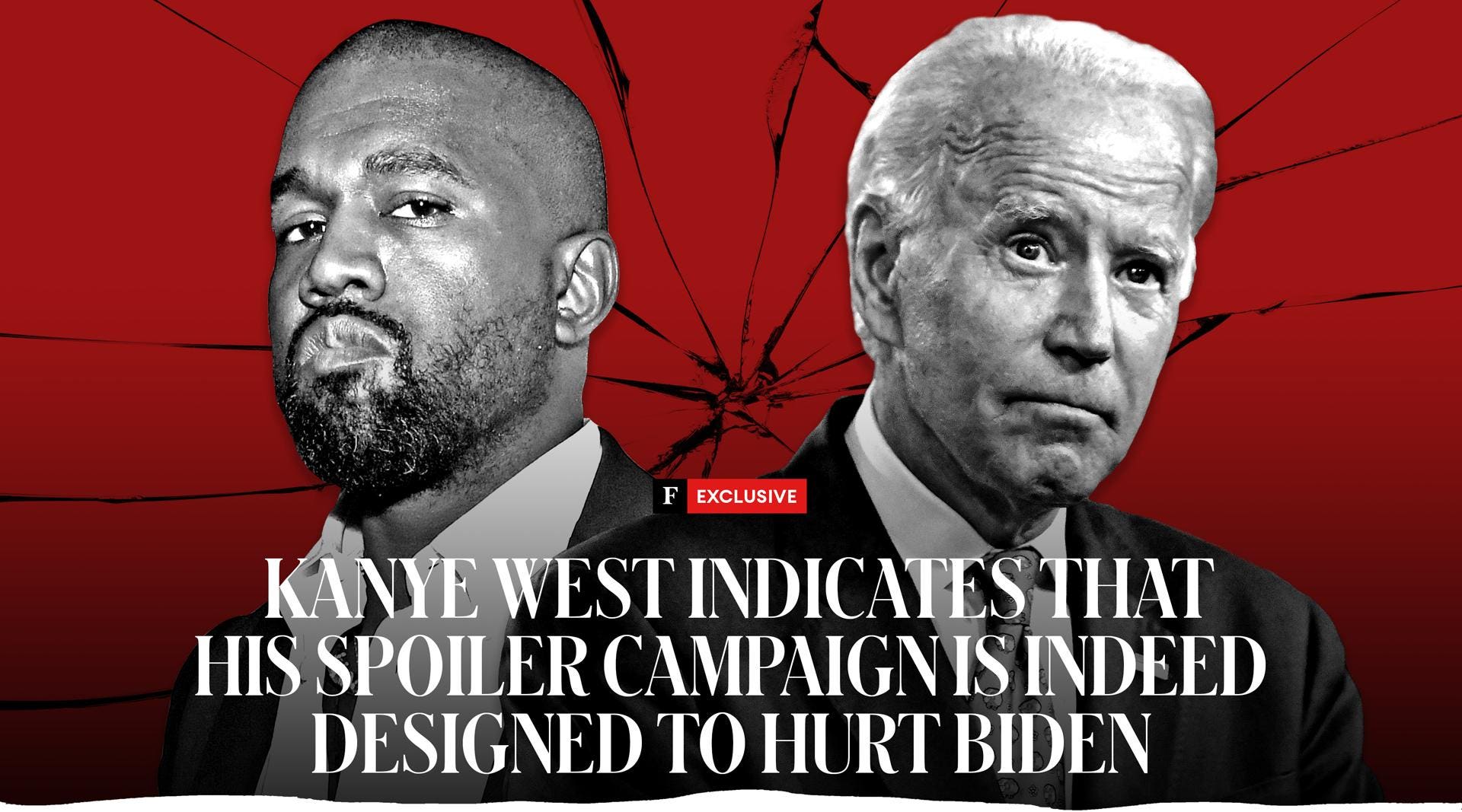 Amid various reports that Republican and Trump-affiliated political operatives are trying to get Kanye West onto various state ballots for November’s presidential election, the billionaire rap superstar indicated, in an interview by text today, that he was in fact running to siphon votes from the presumptive Democratic nominee, Joe Biden.

When it was pointed out that he actually can’t win in 2020—that he won’t be on enough ballots to yield 270 electoral votes, and that a write-in campaign isn’t feasible—and thus was serving as a spoiler, West replied: “I’m not going to argue with you. Jesus is King.”

West rebuffed various attempts to clarify who was driving his ballot access or strategy and whether it’s being coordinated by or with Republican-affiliated officials. He does, however, appear to have a continuing relationship with the Trump White House. West says that he’s “designing a school within the next month” and that “I’m meeting with Betsy DeVos about the post-Covid curriculum.” (The Secretary of Education’s press office hadn’t responded to a request for comment by the time we published.)

“I like Kanye very much,” President Trump told reporters at the White House yesterday. “No, I have nothing to do with him getting on the ballot. We'll have to see what happens.”

READ ALL ABOUT IT AT FORBES

Curtisceo - Re UpNew York artist uses music to encourage others to be CEOs of their own livesBRONX, NY – It’s been quite a year of quarantine from the pandemic and adjusting to changes in the economy and in lifestyles, but many people are beginning to find a new normal and re-enter the workforce. New York artist Curtis CEO has created the perfect single for that…See More
20 hours ago
0 Comments