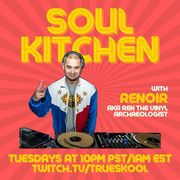 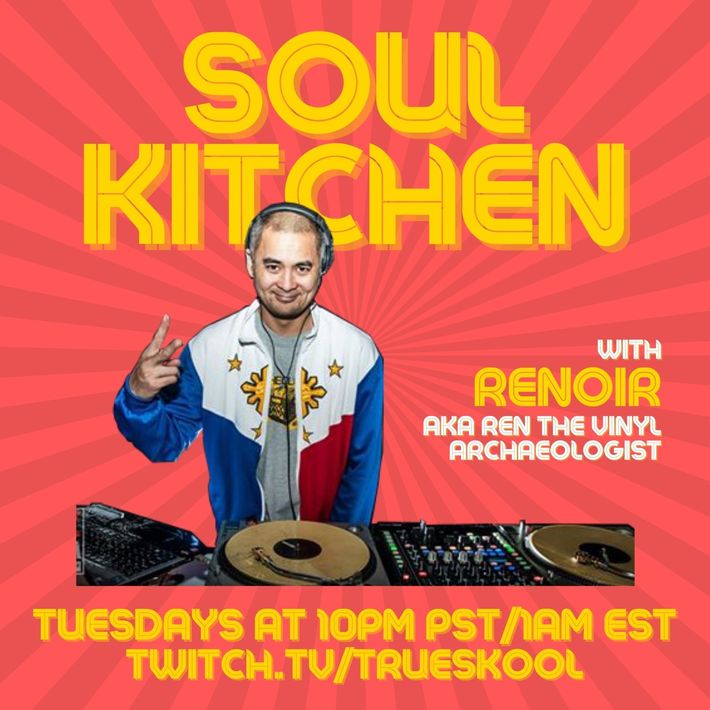 EVERY TUESDAY
TRUE SKOOL PRESENTS
SOUL KITCHEN
A weekly virtual party with Renoir (aka Ren the Vinyl Archaeologist) diggin in the crates to serve up Soul & Funk Classics.
Tune in at 10pm PST / 1am EST / 8pm PT
Join twitch and watch the live stream here >> http://twitch.tv/trueskool
*****************************************
ABOUT RENOIR (REN THE VINYL ARCHAEOLOGIST)
​As a Bay Area resident hailing from New York, Ren made his mark as the founder of True Skool (est. '99). Originally a party which featured Hip Hop legends, emerging artists and world-class turntablists, the brand has evolved into an urban music entertainment guide and event marketing company. As a DJ, he is known for mastering a diverse range of music to rock any crowd. He credits his musical sensiblities to his experience in growing up in the East Coast and experience in the New York City club scene as a regular at legendary parties like NASA, Giant Step and the Limelight. Ren has also spun alongside the top DJs in the world and shared billing with world-renowned artists, such as Z-Trip, Jazzy Jeff, Q-Bert, Mixmaster Mike, Masters at Work (Kenny Dope & Louis Vega), A-Trak, Nightmares on Wax, Rakim, Jay Electronica, Talib Kweli, KRS-One, Chuck D, Wu-Tang Clan and the list goes on and on. In 2016, he made appearances at several festivals such as Bottlerock, Treasure Island Music Festival and Hardly Strictly Bluegrass Festival.
Ren is a professional party rocker who can put it down among the best of them with a vast arsenal of weapons to drop on any dancefloor, from hip hop, reggae, soul to house and electronic music. He has graced many venues with his non-stop seemless sets with appearances at The Great Northern, The Independent, Regency Ballroom, Temple, 1015, Yerba Buena Center for the Arts and Sony Metreon, among a slew of venues in the Bay Area. In addition, his mixes have been heard on Q102.1 FM. You can watch him weeknights at 10pm PST on http://twitch.tv/trueskool

According to @Rap.ponzischeme Big Trill and his company DaBlock365 along with 520 promotions are orchestrating the “tag an artist” mixtape scam that has been occuring for several months and involves more than 50+ celebrity rappers such as Fat Joe, Amber Rose, The Game, Gillie the Kid, Jadakiss,…See More
10 hours ago
0 Comments