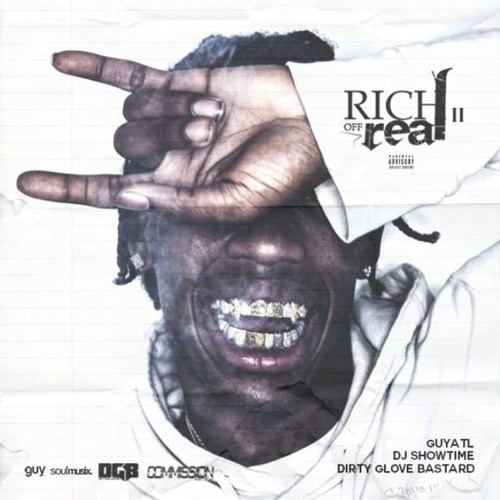 Making a landing back in Rap game with his latest visual "MISS ME" , the Music Dreams / Leer gang Clothing CEO "RIG" hits yall with a PSA on what you should be speaking on, when you address him and if it's any thing other than that refer to the song title.... so with that being said enjoy....then go Holla at the west side of Chicity Boss via Twitter…

Baby D gives you another leak, his mixtape is on the way but until then, Get T'DUP to the new record " Fuck U Mean " ft Shawty Boy , then hit Baby D up on Twitter/ IG @Babydamg and let him know what you think. #AMG #DIZZLE #2MUCHFLAVA #FUCKUMEAN…

Dirty world music group presents it's 1st round draft pick representing the east side of Chicity.... here to give you his latest visual "GO Getta" which is just a sample of what's to come so hit play and enjoy then Holla at him via Twitter @Vago_100 #DIRTYWORLD!!!!

Listen to the New Single " Ball " from @AyeMaze…

The "YOUNGKIND" representative OSOOCEAN drops the visual Public Service announcement to all the lames, wannabes and bandwagoners , teaming up with fellow Westcoast artists the A.O.B. BOSS JOE MOSES, & The Butcher . To let y'all know , that "I JUST CAN'T" so hit the play button an get a bar.....  then holla  at Ocean via Twitter/ IG @osoxocean

Are you really surprised that the Inglewood tested Wrongkind approved artist "HALF OUNCE" would drop the anthem giving a big G salute to all the real ones from INGLEWOOD TO SANDIEGO. "ROLL CALL" shows love to the all YG's BG's OG's from the Red & the Blue side leaving no one, or no hood out so press play and enjoy Mitchy Slick's INGLEWOOD representative..... album on the way until then keep up HALF OUNCE via Twitter @HALF_OUNCE or IG @HALFOUNCE500…

Listen To the New single from SYPH "A Whole Lot" , also keep up with Syph on twitter @NmGSyph…

I know you didn't think the king of turning up the club,the hood, the Trapp wouldn't drop another one to keep the movement going this time he bought fellow ATL artist YOUNG DRO & SPOONY "G" along for the ride "2MUCHFlavor" the new feel good anthem that's going to have you T'DUP in the car the club where ever....so press play…

Still going in.... SDWADE San Diego's best kept secret is about to be told... teaming with fellow San Diego artist @BigVern619 to give you the day to day grind motivational single "PRAY" letting yall know despite the haters, the naysayers,etc. They gone "PRAY" and keep it moving, press play, enjoy & make sure you stay up with SD via Twitter/IG…

Mr.Think Like a hustler aka the CEO of SOLID RECORDS is still going in with the release of his latest visual "FWM" teaming up with fellow Chicago artist "CYRUS" (@Cyrusoutchea) ,Solid4Hustler shows you the hustle don't slow down nor stops.... so press play and enjoy, after that head over to live mixtapes an cop "THINKLIKEAHUSTLER" mixtape via http://tinyurl.com/pxd95wl
Also keep up with the movement via Twitter/IG…

Roc’a Wrld AkA Roc’a Veli From the West End of Toronto an independent artist with ties to the Benin Kingdom in Nigeria has released a new EP under his record Label Nu Benin Mafia Records in dedication of his Late cousin Regis Korchinski-Paquet who was murdered by the police and thrown off the 24th floor, which investigation is still on going by SIU. Roc’a Wrld who made…See More
11 hours ago
0 Comments

Support Those That Support You posted blog posts
13 hours ago

10 years of experience, crowds of 20,000+, over 1,000,000 YouTube views, and features with some of the biggest names in the game. Southern-bred independent artist Q Machette has brought his magnetic lyrical style to forefront of the independent music scene with full force.Far from the limelight, Q Machette had very humble…See More
yesterday
0 Comments

Decatur, Georgia Artist, Change remains in a Lane of His Own on his new single "In My Prime"Change aka Chang$ reps Zone 6 in Decatur, Georgia. The recording artist is in top form and looks to conquer even more this year. Having toured the world and seen his life change, he is fueled up and ready to deliver more music to the masses. He urges fans to continue riding with him, and newcomers get familiar with his new single, “In My Prime.”Released through Lyt Lyfe Ent., Chang$ shows that it took a…See More
Thursday
0 Comments