What’s So Special About Capital STEEZ? 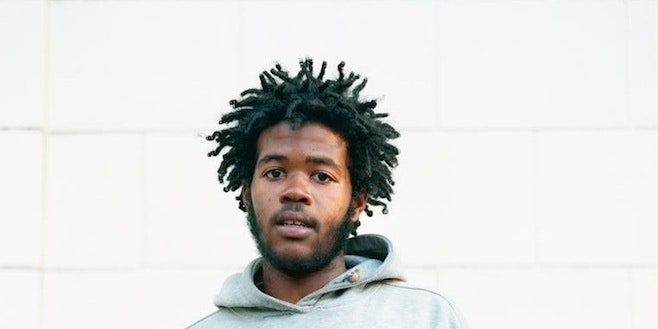 The rap group Pro Era stands around in a circle in The Source’s downtown Manhattan office, their young, eager faces beaming in anticipation as they look into a camera in the center of the room. The collective, consisting of Joey Bada$$, Capital STEEZ, Kirk Knight, CJ Fly, Rokamouth, and Aaron Rose, is just beginning to make a buzz, and this is their first major promotional interview. Although Joey Bada$$, who’s only 17, takes center stage, holding the mic as the rest of the Pros fill in the space behind him, it is the group’s founder, Capital STEEZ, standing in back who grabs the attention.

As STEEZ begins to rattle off about the philosophy behind the group’s name, you can see the nerves and adrenaline playing out on his face. “The Pro Era, it’s like … we’re productive, progressive, professional,” he says, his eyes wide and excited. As he speaks further, it becomes clear that it is not just nerves and excitement dancing in his eyes, but a certain hunger. “Truthfully, in my mind, I live in 2047,” STEEZ says, remaining straight-faced. His friends around him laugh, and STEEZ caves and cracks a smile.

Tune in for one of Young Pharaoh’s best breakdowns. He is joined by Bro Sanchez, Bobby Hemmit, and Bro Panic. Watch the explosive video below on Dr. EnQi's Youtube Channel.See More
yesterday
0 Comments