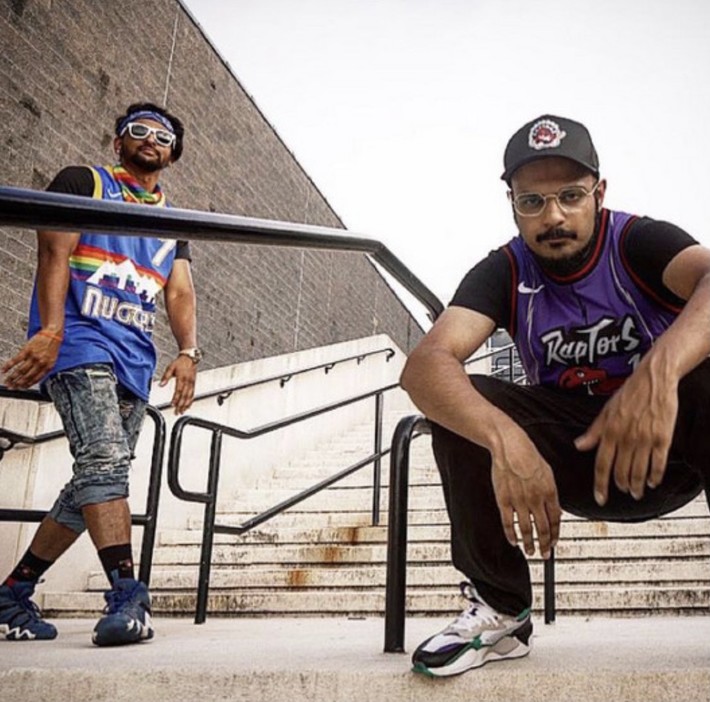 After releasing their debut American album, Brown Bulls, a 15-track introduction to their styles and production, in 2021 the group is releasing singles at a staggering pace in preparation for the release of their American follow-up and Indian debut projects (the latter of which features hip hop in Hindi, English, Kannada and Telugu).

As a hip hop artist, Sambrum has been writing and recording since 2012, releasing his first two independent projects in 2016. Since then, the artist has been building his fan base organically through performances on college campuses and releasing singles since graduating university himself.

In 2018, Sambrum co-founded the group UGP (UnderGround Princes), with current plans to release two upcoming projects with the group in 2021, two American albums and another Indian album incorporating four languages, as well as his own solo project to follow.

Releasing several projects between 2010 and 2017 under different stage names, Rohiit has collaborated with rappers from around the country and continues to expand his fan base through the release of new material, performances, and features on albums released by multi-genre artists.

Following the formation of UGP (UnderGround Princes), Josh plans to release three upcoming projects with the group in 2021, two American albums and another Indian album incorporating four languages, as well as his own solo project to follow.