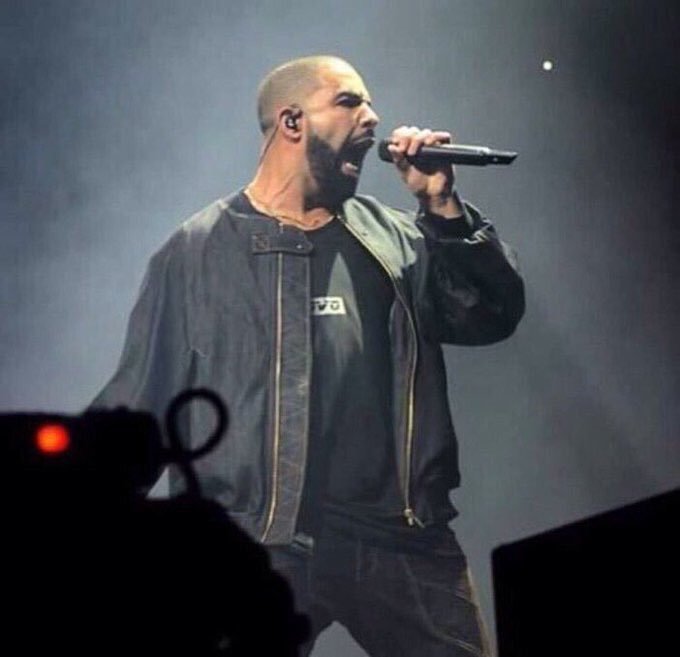 The New York Times has come under fire for a hot take on Drake.

On Monday (Nov. 25), Times writer Jon Caramanica shared his new piece on the Scorpion rapper, reflecting on his influence over the last decade. Per Caramanica, Drizzy is the reason why artists fuse rapping with singing now.

"For our end-of-decade package [I] wrote about how Drake turned rapping into singing which no one thought would work and is now the utter and total norm," Caramanica wrote with a link to his article."

The article's headline "Rappers Are Singers Now. Thank Drake," is certainly brazen, and it goes on to nearly credit Drake with inventing the entire style.

"Drake’s “So Far Gone” mixtape — released in February 2009 — marked the arrival of new path: singing as rapping, rapping as singing, singing and rapping all woven together into one holistic whole," the article reads. "Drake exploded the notion that those component parts had to be delivered by two different people, and also deconstructed what was expected from each of them. His hip-hop was fluid, not dogmatic. And in so remaking it, he set the template for what would eventually become the global pop norm."

The backlash to both the article and Caramanica's tweet came swiftly, with many hip-hop fans rattling off a slew of Drake's predecessors who were rapping and singing before Drake was even in a wheelchair on Degrassi. One name mentioned often was Phonte, which prompted a reply from the Little Brother rapper himself.

"The more you try to erase me, the more that I appear. (c)," wrote Phonte, an artist Drizzy has cited as an influence in the past. "I’m thankful to make a good living doing what I do and awards/accolades never meant much to me. But I refuse to let you motherfuckers rewrite history while the niggas who helped shape it are still breathing." 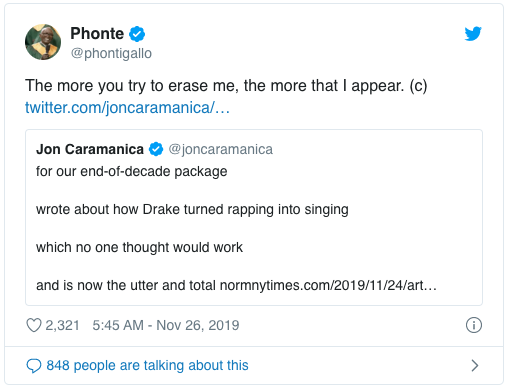 Chicago Producer, ZiggyBlue teams up with Ayari on his latest project, "Another Glass of Wine"Ziggyblue is an award-winning composer from Chicago. He started out writing now classic house hits for DJ International Records and Traxx Records. After college, this multi-genre producer made his way to Atlanta eventually scoring GSU film students and writing string arrangements for Mariah Carey background singer, Tre Lorenz, and feature film project "As Evil Does" starring Bill Cobb and Dorian…See More
2 hours ago
0 Comments