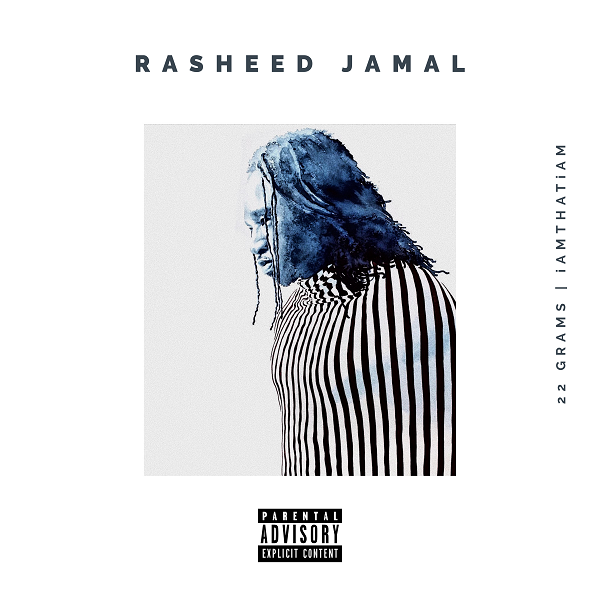 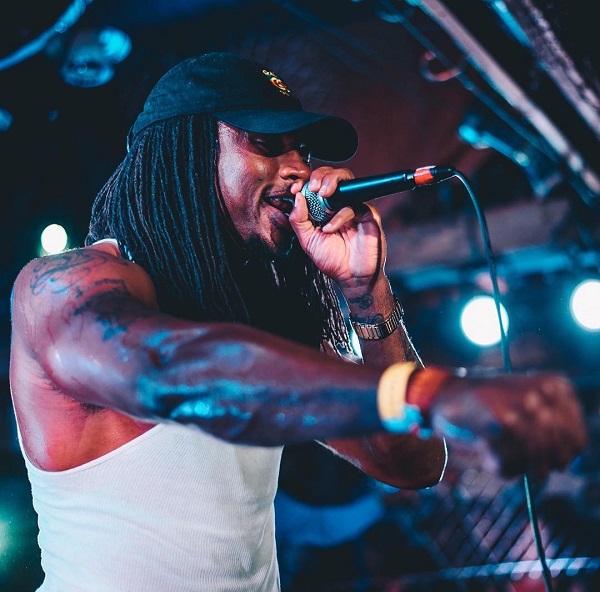 PORTLAND, OR – There’s a little known phenomenon among medical professionals that upon death, the human body almost always drops weight by 22 grams. Religious people and those of spiritual nature believe this to be the soul leaving the body. It’s a phenomenon debated and examined by people the world over, and it’s an idea that Portland-based musician Rasheed Jamal has wrestled with for many years. In fact, it’s such an intriguing notion to the young artist that he had to create an album about it.

That album is “22 Grams / iAMTHATiAM.” Released on May 22, it is the culmination of work that he began in 2012 with his first project, “My Beautiful Ugly,” in which he first mentioned the 22 Grams phenomenon. Since that time, he has researched different beliefs of the world, and the music that has been developed from that research now makes its inspirational advance on this new album.

“I’ve spent eight years working on this project, and along the way, a lot of songs came and went or got worked and reworked,” Rasheed said. “At times I was ready to just give up on it but I could never shake it. I had to do this album and get this idea out the way. I needed to get it out. So in a lot of ways it has served as a light at the end of the tunnel for me, and it has been an ever-present aspiration through a lot of different times, both good and bad. I can’t wait for people to hear this because I’m very proud of it. More than anything, it’s about the idea of not giving up – that’s what it has meant to me and I know it will mean that way to a lot of other people as well.”

The ideas presented in the album will also be challenging for a lot of listeners, Rasheed said. That ability to speak about things that others will often avoid is what helps him to stand out in the music industry. While other artists are creating cookie-cutter music that sounds like what’s already playing on the radio, Rasheed is working to create music that sounds different with lyrics that not only touch on ideas that people think about when they’re home alone, but to which everyone can relate in one way or another.

“I read somewhere that the more you can be true to yourself, the more universal you become,” Rasheed said. “I tend to look to artists who have messages that transcended where they were at the time. Marvin Gay had projects like that, or Deangelo or Jay-Z or Tupac – all of their work, at one point or another, transcended where they were at the time. And that’s because they were being very true to themselves. That’s what my music is. I’m me and there’s only one me. I feel like I’ve been amassing a nice discography of work, and when people get exposed to it, they really love it. People remember how you make them feel, and I’ve heard from a lot of people who have listened to my last few projects that I’ve been making people feel more understood. That’s my music. That’s my goal. I don’t always want to feel like the big time artist. Sometimes I just want to be the dude who is relatable. You get that with this album and through the music, I have these transitions that make sense and lead you from one emotion to another so that people can feel something different than that hit of dopamine that most other music today is aiming for.”

Rasheed said a music video for the first single from the album, “Urban Decay Part II,” was released on May 14. The video was directed by Seena Haddad and shot by Mohammed Alkhadher.

Rasheed is also working on other videos to release over the next few months. Four other albums that he created over the past year are also available across all streaming platforms, including “My Beautiful Ugly,” “SANKOFA,” “Indigo Child” and “Messiah Complex.”

To listen to Rasheed Jamal’s music or to follow him on social media, please visit:

Tabares24 – Drop It on SiteMiami native creates club bangers perfect for the end of social distancing MIAMI, FL – If there’s one thing Tabares24 is known for, it’s making club bangers and good quality music. The fast-rising musician from Little…See More
2 hours ago
0 Comments