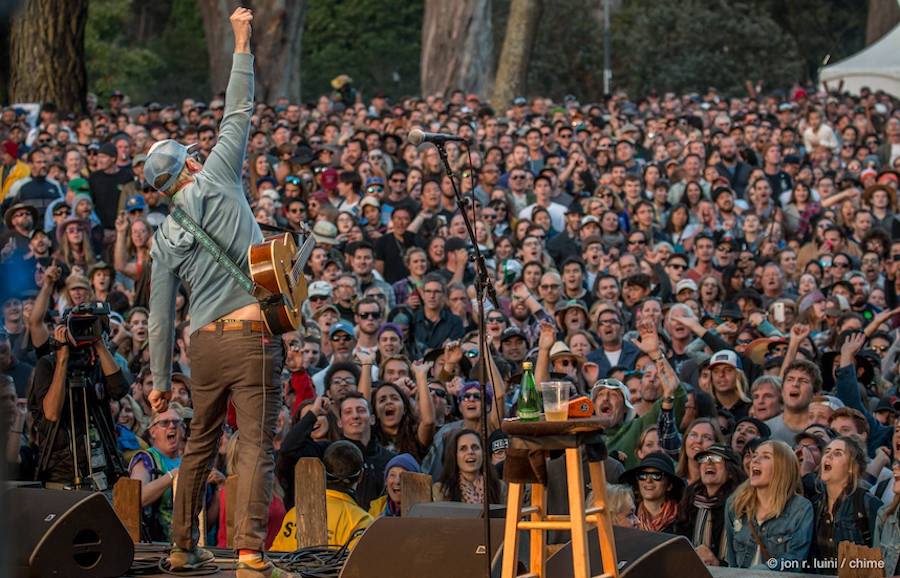 Organizers of San Francisco's Hardly Strictly Bluegrass Festival, which was due to celebrate its 20th annual event in October, have canceled the live event this year due to the threat of the coronavirus pandemic. Instead, organizers are planning an online iteration of the festival, called Let the Music Play On.

On Saturday afternoon, the festival's artist relations manager, Bonnie Simmons, took part in a livestream with the rock band Los Lobos, announcing that while organizers could have tweeted out the news about the fall festival, they decided a livestreamed concert was more fun. Simmons went on to explain that the festival's in-person component needed to be canceled in accordance with current public health guidelines, but that "doing nothing just isn’t our style."

Instead, the online Let the Music Play On show will feature livestreamed performances by to-be-announced acts and footage of fan-submitted pictures, videos and stories from previous fests. Simmons also promised "a few surprises we're cooking up right now." Among those surprises was the Hardly Strictly Music Relief Fund, a $1.5 million initiative from the Hellman Foundation "to support our local music community during the COVID-19 pandemic," and specifically, roots musicians living in six Bay Area counties.

"With this effort, we seek to recognize, appreciate, and care for the people who lend their creativity, heart, and hard work to the American roots music ecosystem in the Bay Area," a statement on the festival's website reads.

READ ALL ABOUT IT AT SFGATE