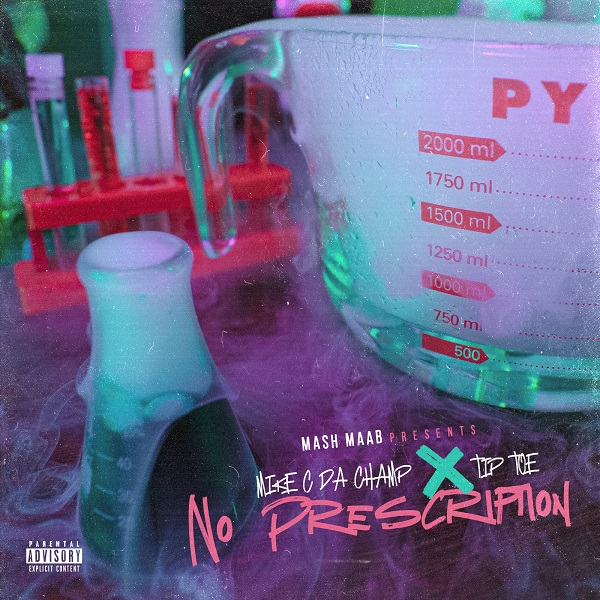 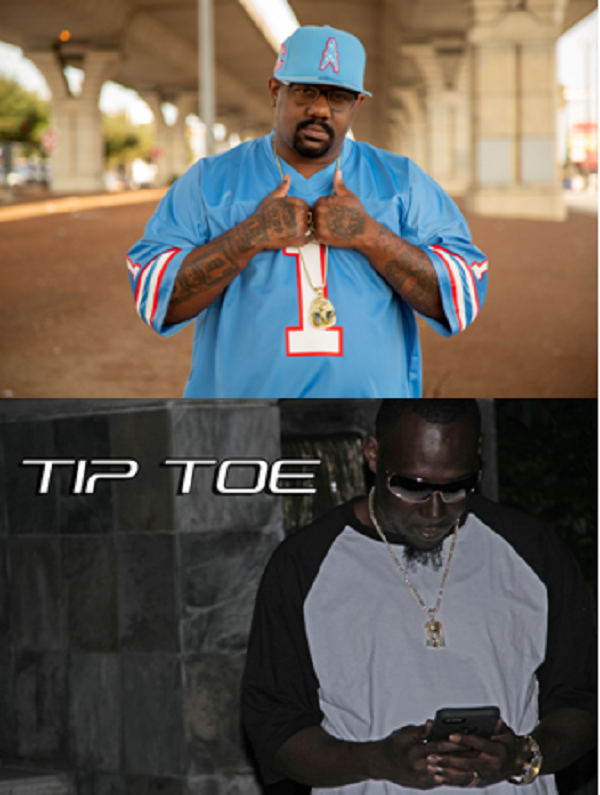 AUSTIN, TX - Two artists at the top of their game, Michael “Mike C Da Champ” Caro and Jeramy ”Tip Toe” Moore came together under the name G2G (Gangstas 2 Gentlemen) to bring music that touches people. G2G is spreading their everlasting brand of southern storytelling style which is unique to the Hip Hop genre. “With underground storytelling, you get brain food. Something you can really apply to your everyday life,” said Tip Toe. G2G’s style also has more range than mainstream Hip Hop. “Down south, we really have a different way of telling our stories. It’s more raw.” Mike C said. “You get more of a vivid picture from an underground perspective.”

The unstoppable duo is telling their own story with their new single, “No Prescription.” Recorded in their Austin home studio known as “The Bat Cave,” the song shows that G2G delivers what has been missing in Hip Hop. This duo is on their way, and if you’re not grooving to G2G, there’s no prescription for you!

The two artists have successfully found their own distinct sound to share in this collaboration. Mike C said “There are a lot of people who don’t have their own sound because they feel they have to follow what is popular right now.” While incorporating the best of popular music trends, it’s important to them to create something different that stands out. “When you turn on a G2Gsong, “Mike C said, “you’ll know that’s Mike C on the hook and that’s Tip Toe on that verse, or vice-versa.”

“No Prescription” is part of a major project titled “Born Legend / Boss King.” The artists are putting together singles for this dual collection which highlights the individual personalities of Mike C (“Born Legend”) and Tip Toe (Boss King) on about 42 tracks. The final mixing and mastering is being done on the recordings which will be released on all major digital music platforms.

The two members of G2G are seasoned professionals who have each enjoyed successful careers individually. Mike C was signed to Universal Records UK and Top Dollar Records, giving him the opportunity to work with several South and the West Coast artists. Under the management of Bruce Hawes & Carlos Hernandez, Mike C became a soulful southern storyteller.

Shortly after Tip Toe was signed to Trixone Records, he dropped his first album “Wise Guy” and performed regularly. He was also featured on numerous mixtapes with Screwed Up Records and Tosin.

In 2011, Mike C and Tip Toe joined forces with a group called U.S. Gang (aka “Underground Soldiers”). Although Mike C and Tip Toe did not work together, they were both featured on The U.S. Gang’s album, “U.S.” At the time, Mike C was running his own label, Mash Entertainment, and Tip Toe created his own record label and publishing company, Bangnation. Not long after the U.S. Gang disbanded, Mash Entertainment and Bangnation merged to form Mash Maab. The two men released their first project together titled “Open For Business” and in 2012, they formed G2G. Over the years, G2G who were strongly influenced by groups like Outkast, UGK, and Eightball and MJG has released several mixtapes including “Guns & Butter,” “Ugly,” “Kingz Of The Corner Pt1 & Pt2,” and albums such as “A.B.A,” “Music Money,” “Bacc 2 Da Basics” and “#WeGotThatWork.”

One of their next endeavors will be a podcast called “The Bar.” Mike C and Tip Toe will be giving their guests the VIP treatment by bringing in a licensed mixologist to make their favorite drinks during the interview.

These two motivated individuals complement each other in this highly creative duo. Eager to grab the listener’s ear, Mike C loves doing hooks, while Tip Toe loves writing verses. Of course, each of them can do the other, and it’s delicious whatever way they work. As Mike C put it - “We put that together to create, just like beans and rice.” G2G is making music that all ages can feel, dropping good mood songs and songs for when you feel like a boss. They’re delivering “music that makes you want to go clock in and work 15 hours,” as Tip Toe said, “and some good music that makes you want to hop in the kitchen and cook.” Their music has a little bit of everything for all occasions!

To listen to G2G or to follow them on social media, please visit:

Released today through New Dawn Records, the explosive new album "God of Barz" by Brick City's lyrical marksman Tru Trilla.Planting a flag for both the Garden State and the classic east coast sound, the veteran rapper and Lords of the Underground affiliate has concocted an immense piece of work, rammed full of passionate bars, skillful wordplay and intelligent rhymes. …See More
22 hours ago
0 Comments